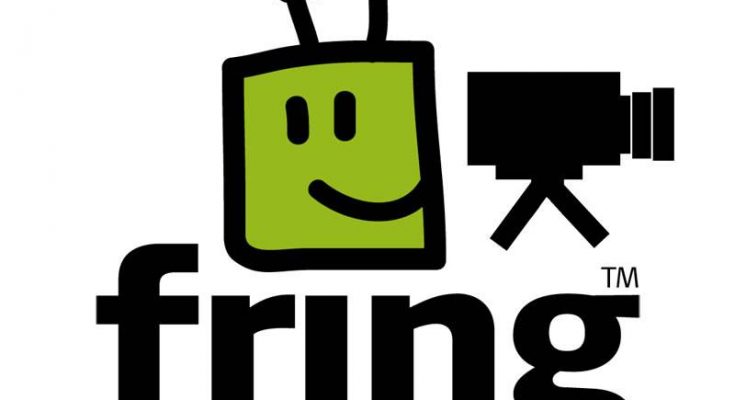 Fring is available for download in Apple’s App Store and the Android Market, and can be installed on any device running Android versions 2.1 to 2.3. Though Fring told us that it is working on an Android Honeycomb tablet app, there is an iOS Fring app that works natively with the iPad 2.

We installed the 5.26MB Android app in a few seconds over the HTC Evo’s 4G data connection (16.9MB in the Apple App Store). The first time the app launches, new users create their Fring user ID and password, add an avatar picture, and associate their new account with an e-mail address and phone number.

After users create a profile, they can create a list of Fring buddies. If you have friends who use Fring, you can add them by searching for their user ID. Forgetful users will opt for the “Search address book” option, which lets them select contacts from the phone’s library, then search for phone numbers in Fring. If there’s a match, that buddy is ported into Fring’s contact list along with a user ID, account picture, phone number and e-mail. If there is not a match, Fring gives you the option of SMS texting an invitation. The Fring team estimates it has between 30 and 40 million current users.

The Fring application can automatically fill your buddy list with contacts from your smartphone, but that’s only useful for those who plan to take advantage of Fring’s outbound calling service, FringOut, which costs about $0.01 per minute to make calls to U.S. landlines and mobile phones. 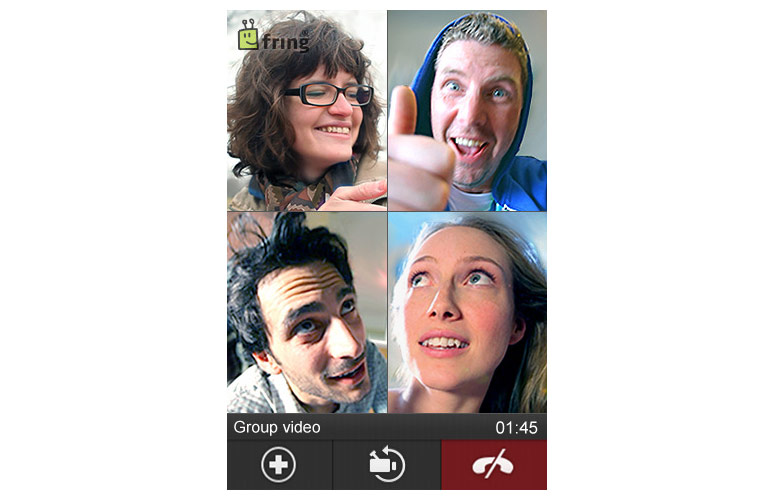 Fring’s interface is friendly and engaging. The app’s icon is a simple green smiley face with cartoon-like antennas, and many of the app’s buttons are riffs on that same doodle.

There are slight variations between the Android and iOS apps. While the buddy list is the primary screen on both platforms, you need to press the Menu button to access other features in the Android app. In the iPhone app, other sections are permanent fixtures on the bottom of the screen. The sections are roughly the same for both platforms. Each has a Buddy List, Dialer, History/Activity Log, and Profile section, but other settings, such as Add Buddy and Switch (for moving between active calls and conversations) are grouped in different sub-menus.

The iPhone app also has an exclusive feature called Stream, which lets you integrate Fring with Facebook and Twitter so that you can update your status in all three services at the same time. The Stream feature also displays your recent calls and IM conversations in one vertical list of updates and recent activity.

The iPad 2 app does not feature Stream, but we like the more spacious, pane-based layout. Access to each Fring feature can be found on the primary screen, which is divided into two vertical panes, one with access to buddy lists, phone contacts, and an activity log and another that shifts as needed between buddy profiles, settings navigation, and video calls. We like that this app groups the Add Buddy, FringOut, and Settings buttons into the top bar, making navigation much more efficent than the iPhone or Android apps.

Fring calls are made using the Buddy List. Tapping a friend’s name opens the contact page, where there are options to call, video call, chat, and group chat with that particular contact. You can initiate either a voice or video call, but you cannot add video to a voice call. Instead, you have to hang up and make a video call to the same contact.

During video calls, your caller’s video takes up the full screen of your mobile device, and a thumbnail view of your video appears in the bottom-left corner. Overlaid are three buttons, one to switch between back and front-facing cameras, one to turn on the speakerphone, and a large, red hang-up button. The iPad 2 app offers the same controls, but the layout during video calls is a little different. The second pane automatically displays video at about quarter-screen size (an IM chat box is placed below video) but you can switch to full-screen mode with the touch of a button.

We tested Fring over Wi-Fi, 3G, and 4G networks with a Verizon Wireless, an HTC Evo 4G, a Samsung Epic 4G, and an iPad 2. Video calls made over 3G barely stood a chance. Our longest call using Verizon and Sprint’s 3G networks lasted about 35 seconds, but we experienced a poor connection over 3G no matter what device pairing we tried. Calls were bad for audio-only 3G connections, too. During one run of test calls using the Sprint Evo 4G and the Epic 4G, we could only hear digital noise and static on the line.

Testing over 4G was much better. With the HTC Evo 4G and the Nexus S 4G, we made several calls with strikingly strong visual and audio quality. We could see our caller’s face in clear detail and heard everything she said. Furthermore, panning the camera around the room was smooth without too much pixelation or noise. Fring performed about the same over Wi-Fi. Between an iPhone 4 and an iPad 2 on separate Wi-Fi networks, we noticed no video lag or audio delay, and the video quality was so strong our caller correctly identified the cartoon character on our t-shirt (it was Underdog).

Though we noticed slightly better-lit video in Wi-Fi calls with Fring, FaceTime calls were of comparable visual and audio quality. However, FaceTime works for iOS and Mac OS X devices only, so it’s not an option for Android users. Google Chat video was pretty sharp and worked better than Fring over 3G, but Fring offered the best video quality during 4G and Wi-Fi calls.

Fring users can launch group video calls with up to four people. Unlike ooVoo, which supports six audio-only calls with one shared video feed, Fring can stream four video feeds for each caller in a 2 x 2 layout.

Fring also integrates with other IM clients to unify your AOL IM, Google Talk, ICQ, MSN Live, and Yahoo! Messenger buddy lists in one app. You can’t video or audio chat with friends who use those services from within Fring, but you can IM chat with them. Speaking of uniting services, Fring’s Stream feature comes with the iOS version of the app only and allows users to update their status across Fring, Facebook, and Twitter.

The last notable feature is FringOut, a prepaid outbound call service that lets users call landlines and mobile phones all over the world. The prices vary from $.01 for U.S. landlines to $0.31 cents per minute to lines in other countries.

Over 4G, Fring video calls looked exceptionally clean, beating out Google Talk with Video, and it was able to keep up with the likes of FaceTime over Wi-Fi. And while Fring doesn’t work natively on Android Honeycomb tablets yet, it offers group video chat for up to four callers as well as a simple interface, and it runs well on the iPad 2. Add it all up and Fring is among the best options for making face-to-face video calls from your smartphone.