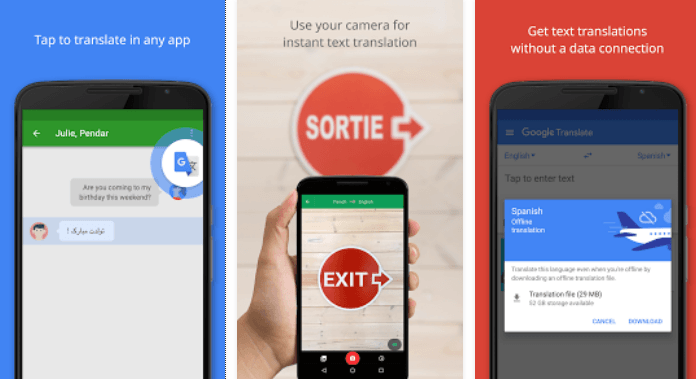 Google’s latest advance in machine learning could make the world a little smaller.

The company is reëngineering its translation service after Google researchers invented a system that is significantly more accurate. In a competition that pitted the new software against human translators, it came close to matching the fluency of humans for some languages, such as when translating from English to Spanish.

Google has already begun rolling out the new system for translations from Chinese to English (see examples showing the improvement). The company expects to replace its current translation system altogether.

Making it easier to read Web pages or exchange messages across language barriers could help people around the globe communicate with one another. Google researcher Quoc Le says Google’s big translation upgrade could also lead to improved relations between people and machines.

Ideas at work in the new translation system could help software learn to do harder things such as read Wikipedia and then answer complex questions about the world, says Le, who was one of MIT Technology Review’s 35 Innovators Under 35 in 2014.

Google’s new translation system was built using a technique known as deep learning, which uses networks of math functions loosely inspired by studies of mammalian brains (see “10 Breakthrough Technologies 2013: Deep Learning”). It triggered the recent flood of investment in artificial intelligence by producing striking progress in areas such as image and speech recognition.

Since 2014, researchers at Google have been investigating how deep learning might also deliver a shot in the arm to translation. Le says the latest results show that time has now come.

A paper released by Google includes results from translating from English into Spanish, French, and Chinese, and from each of those languages into English. When people fluent in two languages were asked to compare the work of Google’s new system against that of human translators, they sometimes couldn’t see much difference between them.

The old system was not close to human performance. In Google’s tests, humans scored the new system between 64 and 87 percent better than the previous one. Le says the impressive results came from Google’s researchers making their neural-network-powered translation system much more independent of its human designers.

Google’s new system isn’t given a recipe and figures out its own path to reliably convert text from one language to another. It even reads and creates text without bothering with the concept of words. Instead, the software works out its own way to break up text into smaller fragments that often look nonsensical and don’t generally correspond to the phonemes of speech.

That independence makes it hard for even the system’s creators to understand what it’s doing, but the results speak for themselves, says Le. “It can be unsettling, but we’ve tested it in a lot of places and it just works,” he says.

Google’s translation fillip doesn’t come out of the blue. Researchers in academia and industry have recently become convinced that neural networks can allow new progress in making software understand language, says Lane Schwartz, an associate professor in linguistics at the University of Illinois.

How much progress Le and others can expect toward software that displays some ability to truly understand language is unclear. Aping the complexity and power of the way we communicate has been a target of artificial intelligence researchers for decades, but successes have been scarce (see “AI’s Language Problem”).

This story was updated to remove reference to results from translating Portuguese, which were not present in the final version of Google’s paper.