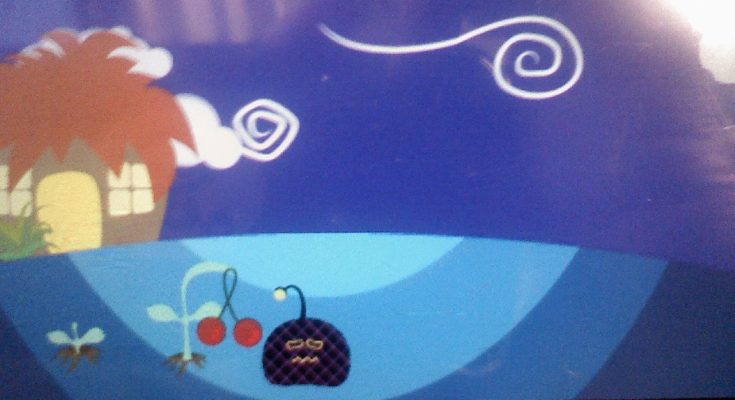 His successor exists now on Android, in a beta version called Furdiburb, by the makers of Sheado.net. But Furdi’s got a hell of a lot more going on than Tama ever did. While the app does have shades of caretaking, it’s mostly a puzzle-based game involving several elemental layers.

The basic premise: Furdiburb is a babe, forgotten on planet Earth by his parents during a vacation. He starts as an egg and progressively grows the more you care for him. Because of the game’s beta status, we have yet to see what Furdi’s adult form looks like, but currently he’s a fuzzy black blob with fangs and an antenna. He smiles when he’s well, clean, and fed and frowns when he’s not — or turns some horrible splotchy colors when he’s really sick.

Furdi requires basic daily care — washing, feeding, and the occasional medicine when he gets sick from either neglect or being fed something he shouldn’t have. The area directly in front of his abode (which is entirely customizable, down to the decor inside) grows three plants any time they’re picked. Don’t wash him for a few days (which requires pulling clouds from the sky and using a stem from a permanent agave plant plant near his house), and he leaves dust clouds behind him, a la Pig-Pen. 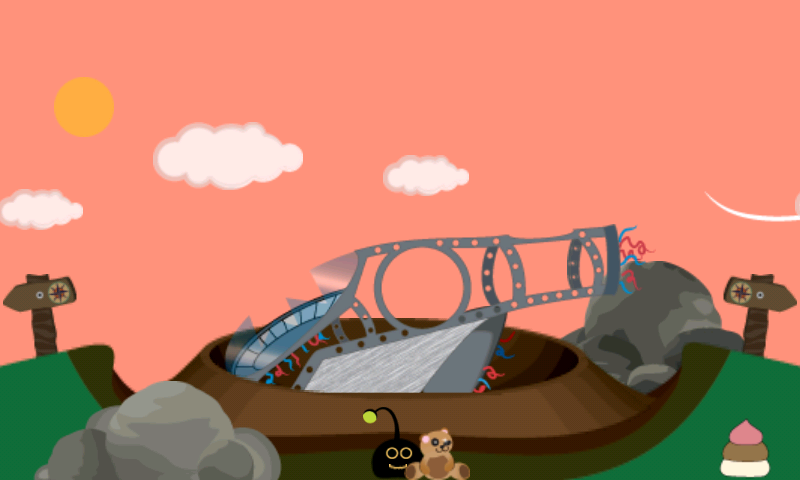 The player can change Furdi’s appearance slightly (mostly the eyes and antenna; we’d love to see him change fur color someday) with potions, some of them useful, some of them simply for show.

While collecting items is a big part of the game, the main goal is to rebuild the broken spaceship left behind as well. The parts are strewn throughout the small world — under water, in space, buried, etc. One of the areas of the world includes a factory in which Furdi can place any three items he’s collected and get a different item from them. While not everything garners something entirely new, at the least, Furdi will gain credits, which he can use to buy more potions or fishing lures or seeds for planting, etc., from the various merchants in the world.

In addition to credits, Furdi also can collect his own poo. It’s useful for plant fertilization or, if it’s special golden poo, for purchasing rarer items. Players can purchase (using real-world money) more golden poo through Sheado.net, which opens up the ability to backup the game to the company’s servers.

The three plants in front of Furdi’s abode produce a variety of fruits or other random items, depending on the current holiday (roasted turkeys, pumpkins, eyeballs, etc.). They also grow squirrels (just go with it), which are used for purchasing even rarer items, such as a fully-lit antenna so Furdi doesn’t have to collect golden bugs to explore dark areas. The plants are (so far) the only way to gain squirrels. Perhaps a further update will allow players to purchase squirrels from Sheado.net as well.

The only negative factor of this game is the navigation. It is entirely touch-based and just slightly too sensitive. A lot of things go in or on Furdi, and when swiping them across the screen from one area to another, can inadvertently be fed to him — or worse, end up in the factory, where they’re irretrievable. And don’t navigate away from the factory when there are items inside — you’ll lose them all. Also, if Furdi’s got a fishing lure on his antenna, it’s impossible to feed him if he’s hungry because the lure will snag anything you try to give him. The menu and all the items you’ve collected is only accessible by touching and holding on Furdi; when he’s asleep in his house, you have to wake him to get access to the stuff. And there’s no easy way to jump from one panel in your inventory to the end — you have to swipe through every single thing you’ve collected to get to the latest item. Though mildly annoying, these navigation issues are mostly quirky and easily worked around.

While Furdi is a simplistic character, he’s quite charming in his vacant-eyed, meandering way, and the puzzles, while seemingly random and strange, are quite addictive. My Furdi is only missing two spaceship parts, and I’m eager to see what happens when he finally grows up and can fly away. Maybe players could follow him to the stars and back to his parents someday. For a free, Android-based, Tamagotchi-inspired, independent game, Furdiburb has kept my attention far longer than any other of its kind and comes highly recommended.