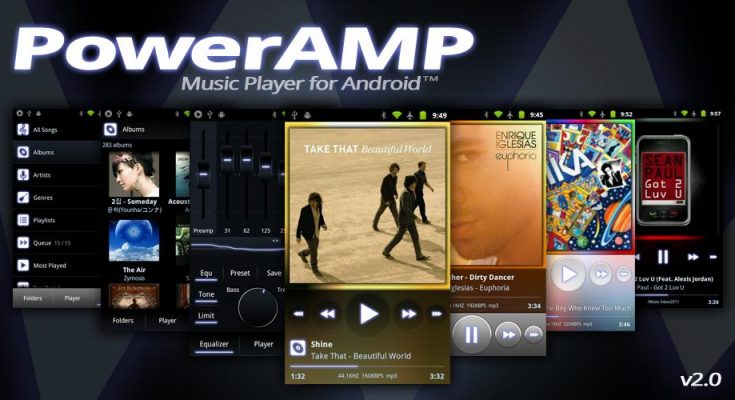 It isn’t new, but Poweramp remains one of the very best music players around

Not too long back we compiled a list of what we thought to be the best 5 music player apps available on Android. Of the 5, one selected was Poweramp, a long time favorite of many a music fan. In fact, we first looked at Poweramp back in 2010. As time has passed Poweramp has been refined, seen new features arrive, but at its core what it is hasn’t changed.

It’s been a while since we looked at Poweramp in any great detail, so we’ve loaded it back up and given it a 2014 look over. Let’s see if it’s still one to beat.

So, Poweramp is a music player app, and a damn fine one at that. Enough? Of course not. It’s a music player that offers so much more than most of the manufacturers own, stock music apps that ship with phones. Top of the list is that you get an equalizer and support for just about every audio format you could want, including FLAC.

Poweramp also has a pretty nifty customization thing going on with themes support. There’s a whole host of third-party themes available to download through the Google Play Store to make it look as hot as you want it to. The current version offers you a choice of lock screen controls, too, including the standard Android ones or replacing them with its own lock screen.

Besides the features, the customizations, one thing Poweramp has in its favor is how easy it is to get to grips with. The music player has big album artwork, clear, easy to use controls and quick access to settings, albums, playlists and the equalizer.

Finding all the music you have on your device is a straight forward process since Poweramp will scan it for you and at any point you can just hit the “Rescan” option to import new music or browse folders manually. You’ve got options to create playlists and create a queue to cue up what you want to listen to next.

With a good pair of headphones the equalizer can make a world of difference to the sound you’re hearing. Split into two parts, you have the actual equalizer with presets, sliders, bass and treble controls and on a separate tab controls for tone and volume. If you’re happy enough tweaking around yourself you’ll be able to get it to your liking. Personally, opening up presets and turning it to “rock” every time does the business.

It’s especially noticeable – or so I think – when you’re playing FLAC files. The enhancement was worth turning it on for. But sound quality is highly subjective. The important thing is that Poweramp gives you every opportunity to get it just how you like it.

Theming Poweramp is as easy as going to the Google Play Store and finding one you like. Some are free, some are not. But there’s plenty out there to choose from. That’s not to say the stock player isn’t nice enough looking, because it’s not bad. But when you open it up to other creative souls to go nuts with you end up with some pretty special looking creations. What themes don’t do – thankfully – is alter the basic operation of the app. So controls will remain where they should be, they just might look a little different.

Applying themes is easy, too. Under settings you go into “Look and feel” and hit theme. The developers have built a couple of different basic themes into the app, and they’re OK. But the third-party themers out there have done a fantastic job creating some visual masterpieces for your music player. To get the best, you’re definitely going to want to hit the Play Store. 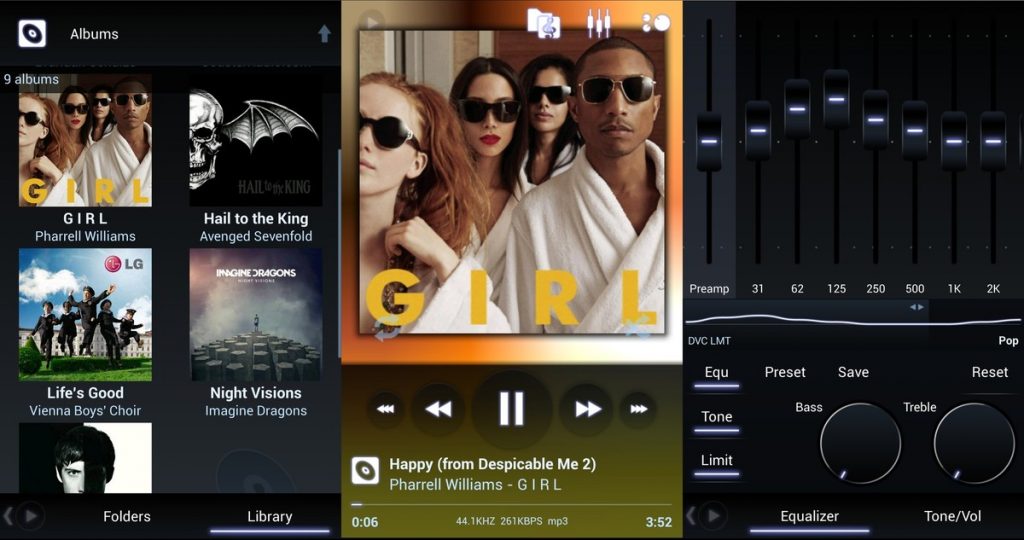 The thing with Poweramp is that it’s got so many individual little features that we could be here all day talking about them. So here’s a quick list of some of the other awesome stuff it has to offer:

The Android music player space has become much more crowded since Poweramp first made a splash back in 2010. We’re blessed to have such a fantastic choice on offer, but Poweramp is still one of the absolute best around. It’s got something for everyone. Whether you just want an easy to use, customizable music player or you want to tweak your sound and listen to lossless music.

If you rely on the cloud to keep your music stored, you might not be so suited to Poweramp. But if you take your collection with you, it still has to be one to try. And with a full featured trial period available, there really is no reason not to.