Zeus – Lightning Shooter – Mankind invented many of the gods for their lives. The most famous were the gods of ancient Greece. They were all different in character, activities and views on all things. But, be that as it may, they all experienced feelings. Zeus – Lightning Shooter offers the player a try on the role of the God of Thunder and lightning of Zeus. Only now it will not send Heracles in his adventures, and destroy the death. Nobody knows, why the ancient God vzbelenilsâ, but the people he terribly bored. Now heaven spew lightning, striking and ispepelââ all, who are not fortunate enough to get out of the House today. Wrath of Olympus punish each. Watching people due to clouds, It is necessary to accurately predict each lightning stroke, to build electric chain between humans. This gives extra points, that will feel like a real God of lightning and Thunder. Try to gain maximum score! “Zeus – Lightning Shooter” exceptional help take its time with its simple, but at the same time addictive gameplay. Kill mortals zips, trying for one digit on the chain hit maximum fellows. Let zapahnet fried! In praise of Olympus, of course… 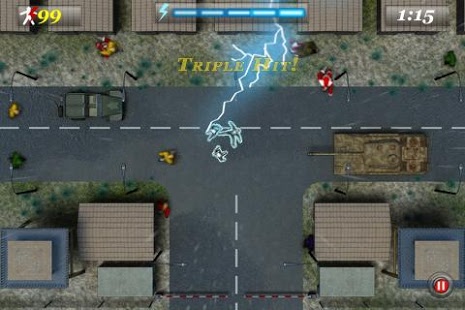