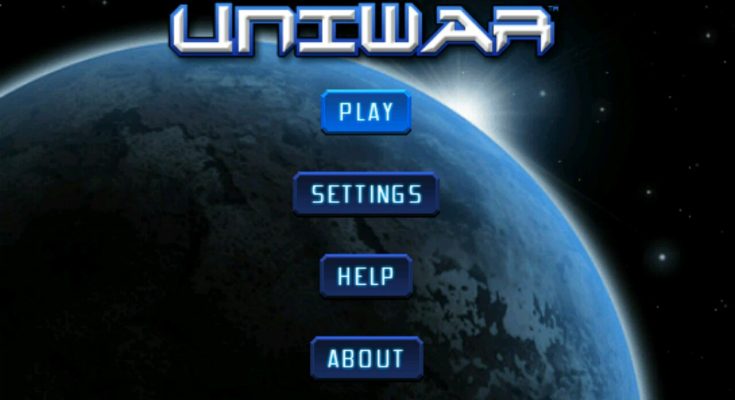 Like a Ghengis Khan or Napoleon in iPhone form, Javaground’s UniWar is a strategy game with serious ambitions. It has a lengthy single-player campaign, online multiplayer that supports up to eight players per fight and deep tactical play — all for the introductory sale price of 99 cents. We’re not sure it’s ready to conquer the App Store just yet, but it’s definitely strong enough to carve out some territory on strategy fans’ home screens.

In terms of theme and gameplay, UniWar is an unabashed mashup of StarCraft and Advance Wars. Its three playable races — humans, insectoid aliens and robots — correspond to StarCraft’s Terrans, Zerg and Protoss. Many of the gameplay mechanics come straight out of the Advance Wars series: Capture and hold bases to earn credits every turn, spend those credits on various units to form an army, and then deploy your troops across the hexagonally-segmented map to crush the enemy.

The three species each have their own dominant strategies and secret weapons to suit different play styles. For instance, human Engineer units can reprogram robot foot soldiers, causing them to switch sides, while the insect race’s monster ants can burrow into the ground and emerge for sneak attacks. With some rock-paper-scissors interplay involved, these nuances add a nice layer of depth to the gameplay.

All of this stuff should be familiar to strategy gamers — and that is probably by design. In case it isn’t, the single-player campaign does a nice job teaching the game’s ins and outs. Each race is introduced with challenges to use its units in different combinations to conquer maps or hold back assaults. Although the campaign stands on its own, it’s clearly an appetizer for the game’s main course: online play. 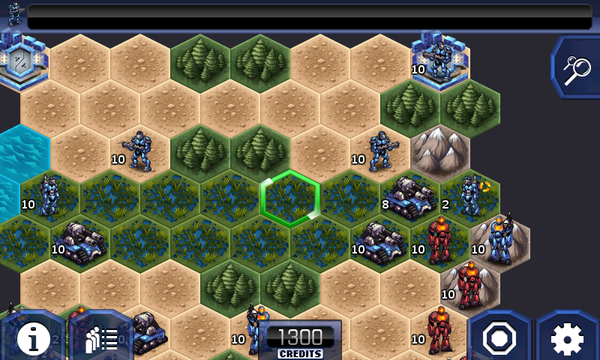 When venturing online, you can ask UniWar to throw you into a match against a random opponent of your skill level, browse through existing games in a lobby, or customize your own. There are dozens of pre-made maps to choose from; most are one-on-one duels, but some of the larger ones are designed for up to eight-player matches.

Games require some patience — Turn lengths range from a minimum of 10 minutes to several days! Thankfully you can play several games at once, like a chess Grandmaster strolling down an aisle of challengers’¦ just not anywhere near as good, in our case. UniWar will switch you from one game to the next when it’s your move. The whole process takes some getting used to, but it works well, assuming your opponent doesn’t lose interest or drop out. iPhone 3.0’s push notifications would do wonders for this kind of thing.

Online, we noticed the beginnings of a UniWar culture. Some players are starting to specialize in certain maps, preying on newbies for easy points; others are turning into rampant, potty-mouthed griefers. This is both promising and extremely annoying.

UniWar could use some additional work in a number of areas, though, such as more units per race and more creative special abilities. We’d like to be able to skip directly to our next turn when playing against the computer since the game lags when it’s the CPU’s turn. Also, user-generated maps, campaigns and possibly even units would be absolutely huge. We’d like to play our own music, too.

UniWar is a fantastic buy at 99 cents, but still a good investment at the full price of $7.99 for strategy game fans. We can easily see this game turning into a ‘Must Have’ over time.