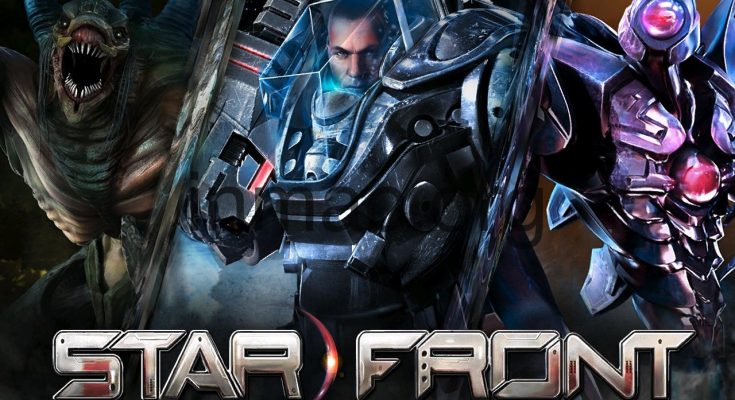 When Starfront: Collision first launched on iPhone it was critically lauded for its adaptation of the real-time strategy genre to fit the smaller screen, managing to do what so many other big names in the past had failed to achieve – make a game that didn’t feel like a cut-down version of a PC title (Red Alert, I’m looking at you).

But there were still compromises made so that the controls would work well with the small screen. We didn’t expect to see these compromises on the more generously proportioned iPad.

It’s finally here, and while the form factor offers up a far easier and more delightful experience by its sheer size alone, the trade-offs from the iPhone version have also, inexplicable, stowed themselves on-board. 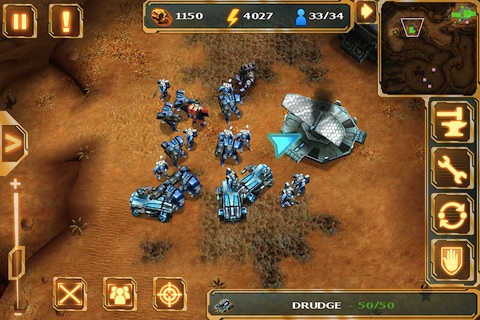 Starfront: Collision HD is an unashamed ‘tribute’ to Blizzard’s PC sales-juggernaut StarCraft 2, with three races – The Consortium, Myriad, and Wardens (Humans, insects, robots) – all battling it out for control of the precious resource Xenodium.

The 17 missions on offer in the single-player campaign won’t offer up too many surprises for the PC-veterans – consisting mainly of either the base-building, wave defence, or squad management archetypes that dominate the genre – but they’re executed with a style that’s often found lacking in other RTS games on iPad.

Part of this is down to the fully-featured tech-tree and upgradable units, but mainly it’s thanks to the relative freedom you have to execute a mission.

There’s none of the RTS-lite gameplay that another series forces on you (Red Alert, I’m still looking at you) – missions give you an objective or two and let you get along with working out how to achieve it in your own way, for the most part.

Control, we have a problem

The controls, however, have a number of blemishes that should really not be present on the bigger screen.

The squad selection buttons, for instance, are still restricted to just the three groups, despite the whole left-side of the screen crying out for more.

The acts of assigning, deleting, and jumping the screen to squads are all handled by holding the chosen button down for a certain amount of time – a task that feels ridiculously fiddly when there’s a gaping void of screen space beside it.

There’s also no way to hop-skip over to buildings once troops are produced – a minor problem, but still one that could have been easily overcome if Gameloft had used more of the screen space for the interface.

There’s movement all over the place!

Despite the grumblings over the lack of changes, Starfront remains the best real-time strategy game on iPad thanks to what the game already does well.

A fully-functioning four-player multiplayer mode is effortlessly integrated into the Gameloft Live! service and works supremely well, while other neat little touches like the subtle variations in the different races’ build trees and the ability to review past matches for analysis are icing on an already extremely tasty cake.

If you’ve not had the chance to experience the game – or just don’t own an iPhone capable of running it in the first place – then the lack of changes will do little to dampen the enthusiasm for the title.