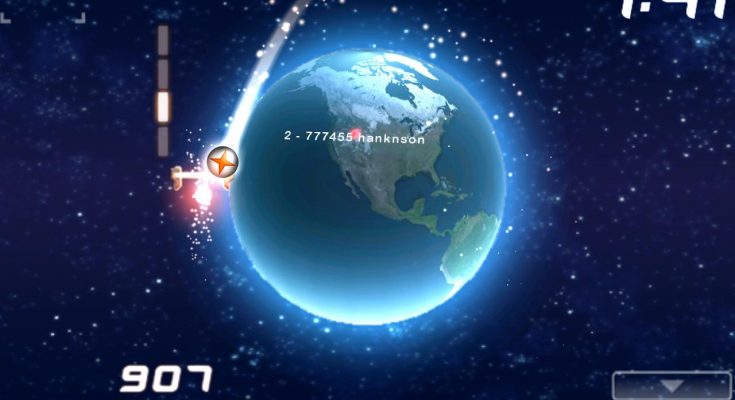 The reason Kobe Bryant is a great basketball player isn’t because he’s 6′ 6″ tall and can sink baskets from all positions on the court.

Plenty of tall people can do that. Nope, the reason Bryant is the best player of his generation is that he can perform under pressure.

Stripped down into its component parts, it’s a simple 2D basketball game. All you have to do is loop a ball into a basket by moving your finger on the screen to set its trajectory, then lift to see your ball arc towards the target.

Each game occurs over a two-minute session, with the distance between ball and basket changing for every shot. Each shot awards a certain number of points in addition to extra points for scoring consecutive clean baskets.

Indeed, stringing together clean baskets gives you ever-increasing combos, really ratcheting up your score. You can also trigger short term special moves such as multiple balls, a wider basket, and a fiery speed ball by lighting up the four backboard slots, which you accomplish by hitting them with your ball.

Still, this might not seem like much, even with the addition of a space setting – you play against a rotating earth – sparkling graphics and groovy music effects. 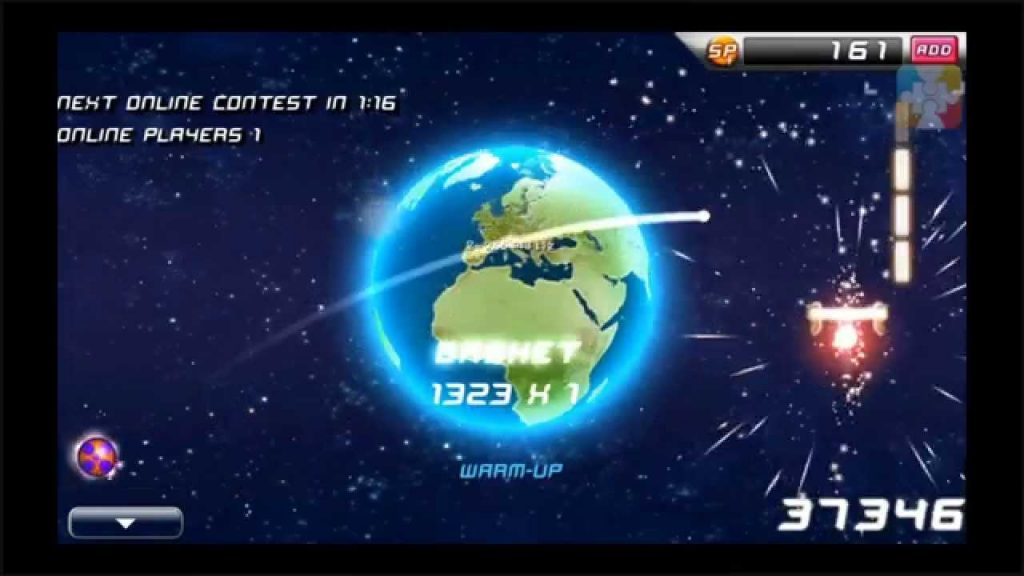 Back for the lay-up

Yet there’s something addictive about trying to drive your high score ever higher.

It’s because as you get further into the game you start to unlock different types of balls. Defined by attributes of size, speed, and bounce, some also have special powers. For example, one enables you to tap on the screen to bounce the ball up: great for saving a shot that’s skidded off the rim.

Good game design means there’s no perfect ball, just ones that work better or worse depending on your individual style. Personally, I’m a classicist, going for multiple clean baskets with a low bounce ball, but sometimes I play with a special move ball for a change.

What really makes StarDunk a slam dunk is the fact it’s a semi-competitive online game.

You can play it offline, of course, but when you’re online great integration of the Plus+ network means every game session is synchronous. Every two minutes or so, a contest starts and everyone who wants to play starts at the same time and is ranked against each other.

As you play, you can see your standing in the corner of the screen, while the rotating earth is used to show the location of the top players. Seeing the time slowly count down to the final seconds leads to some intense pressure shots that make or break a win – it’s exciting.

Once a contest has finished, you can see how your top score and ranking (a mixture of number of games played and your success in them) compares to the best players in the world, in your country and your group of Plus+ friends. You can even see what sort of ball everyone’s using.

It’s all these factors combined – easy controls, short session times, online play, and a nagging sense that you can always improve on your last score – which ensures that you’ll be eager to play StarDunk just one more time.