Gem Miner 2 created by Psym Mobile is really, really good aside from a few quirks. If you have ever played Minecraft or even Terraria on the PC this game will remind you of both of those a lot. The only thing is, I think it was a really good idea to take the ideas of Minecraft and Terraria and thus make Gem Miner 2 for smartphones and tablets. The design and quality of the app is fantastic. It’s one of those rare games with tons of content and quality that you may just possibly never see again. If you’ve read past reviews you have probably noticed that the apps are not really “quality.” Gem Miner 2 on the other hand, surpasses the quality most would expect from a Android game.

You’ll be able to go on 39 different expeditions with what looks like a dwarf like character. The only downside to this is that a Google Play reviewer has reported the following problem: “after ill the complaints I paid my 2 bux and it keeps repeating the first expedition level (story mode). I can’t touch anything to go to next level!!! Was excited when I saw this game at first but not now” – Fred

He reports that it won’t let him go to the next level after the first expedition in story mode. I haven’t come across this problem so I can’t say whether this is true or not. It may just be the phone or tablet he’s using which is a Droid Razor. I thought it might be important to note that those who have Droid Razor’s may have issues with the game. 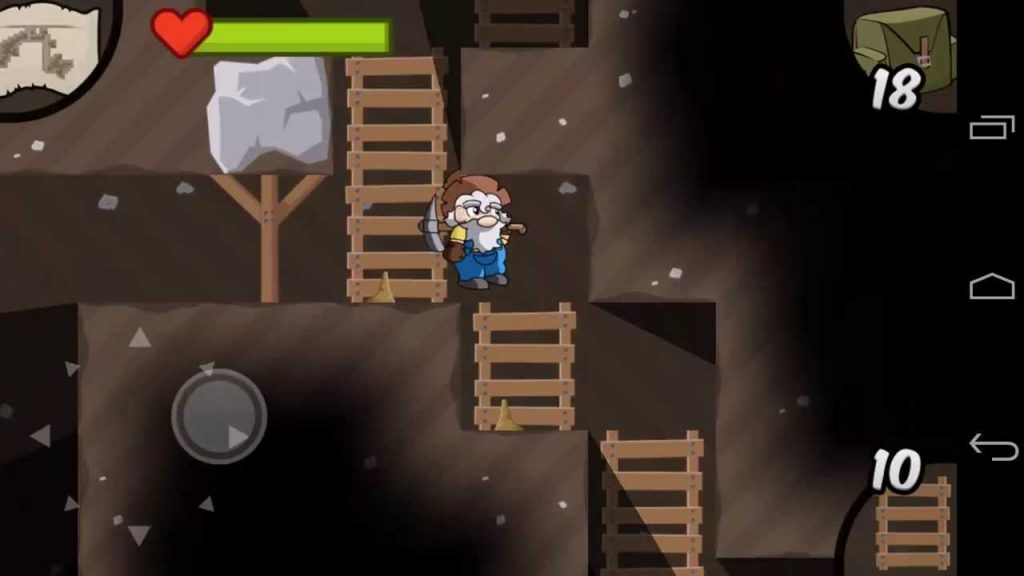 Concerning graphics, it’s pretty dang amazing for it’s style. You’ll literally fall in love with the classic graphics of Gem Miner. Whether you’ll stay in love with them is the question, they often get boring after a while. It feels repetitive. The gameplay and soundtrack makes up for this issue or “balances” it out so to speak. The gameplay and the soundtrack mixed together provides a very immersive experience for the player. So immersive that I had hours pass by as I played it. Don’t hold me to this, because the immersive experience could depend on your likes and dislikes. I personally did have hours pass by as I was playing if that says anything good about the game.

I’m really trying to write this without spoiling the game as Gem Miner 2 is really fun. I would say you need to just try it out for yourself. It’s $1.99 but can be refunded within 15 minutes if you don’t like it. I found the game to be very stable and work really well. It has great High Definition graphics and personally is beautifully colored, sure it gets repetitive after a while, but again, the gameplay and soundtrack balances that out, I feel. I should also mention that the developer, Psym Mobile even went to the trouble to optimize the game for Google TV’s too. Now, that is dedication!