Chalk Caps reminds me of several other similar games where you have to lower an object to the ground by removing the supporting blocks without letting the object roll off into an abyss, or lava, or whatever. It’s also reminiscent of the physical game called Jenga, where you gently remove wooden pieces without collapsing the stack.

The physics are pretty good, with things responding to your moves as you’d expect. What makes Chalk Caps stand out from most games of this sort are the little twists. For example, in some levels, within a couple of seconds after starting the level, a small brick drops down on the stack, unbalancing the stack and collapsing it, which means you have to act fast. 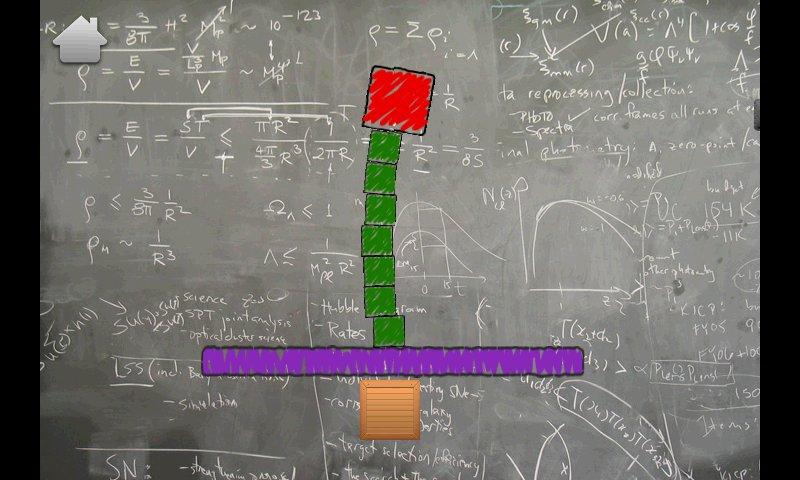 There are two groups of levels, with World 1 having 45 levels, and World 2 having 135 additional levels. The levels have to be played sequentially, since all but the first level are locked at the beginning. The goal is to safely drop the red block to the platform. You can earn up to three stars on each level, depending on how many moves you used. I’ve gotten through the first eight levels, and it’s already getting very challenging. I’m looking forward to getting into the other levels, where the game description promises more complications such as Exploding Blocks, Ice Blocks, Spring Blocks, and Metal Blocks.