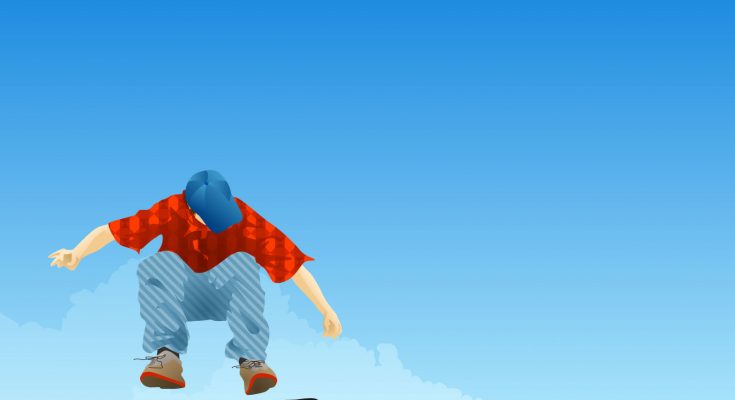 He skates, he soars! Skater Boy is skateboarding, jumping, trick performing little bundle of energy, and it is your job to see him safely through various levels and obstacles on a fast and furious rollercoaster of a skateboard ride.

There are only two controls – jump and speed and you are going to need both to see you through the levels as you get across obstacles and pick up points, trophies and more. There are points for collecting stars, and points for doing tricks in mid air.

Tricks are achieved by hitting the on screen jump button while you are already in a jump – the adrenalin pumps as your tricks are named and points for doing them flash up on screen.

Trick selection appears random, but maybe that’s a good thing. There simply wouldn’t be enough time to actually pre-select the tricks you might want to do.

You also need to hit the jump control while in mid air to change landing position to get you skating down stairs, along rails and so on.

You can’t play this game at a slow speed. You simply won’t succeed unless you get some speed up – even on the first of the 90 levels you need some momentum  to get across gaping chasms. But you’ll also need some precision jumping to land on various things, such as springs that give you extra bounce.

The individual levels are quite long, and if you fail to make a jump or fall off your skateboard you lose a life. Believe us, lives soon diminish if your skills aren’t up to scratch.

Fortunately there are checkpoints along the way, and if you fall off your skateboard you can restart a level from the last checkpoint rather than having to go all the way back to the beginning. 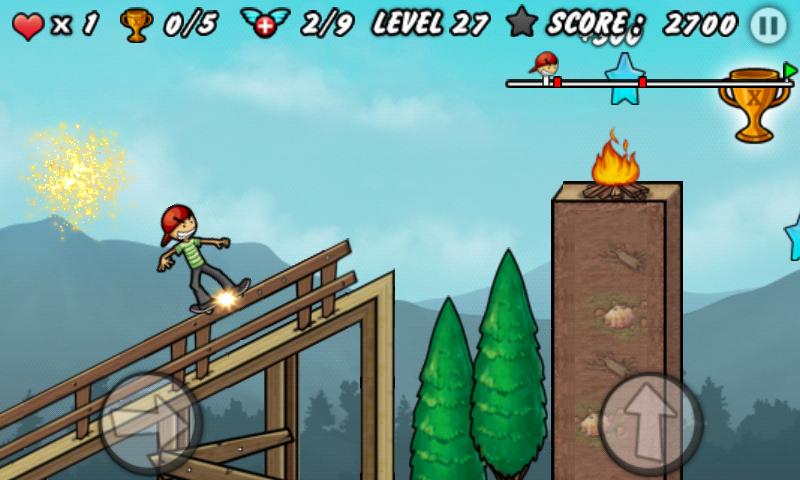