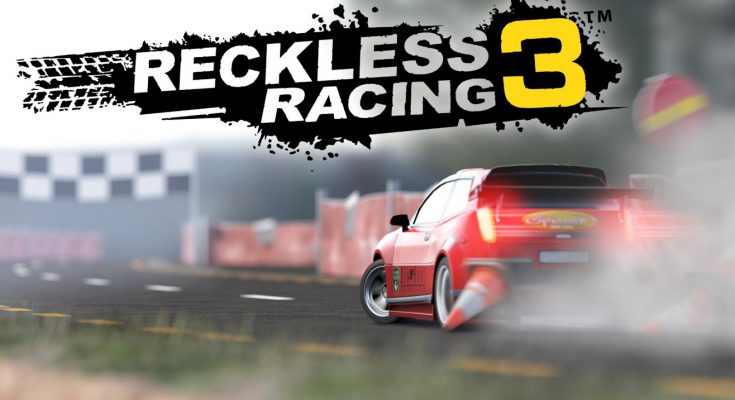 In the real world, racing recklessly is strictly frowned upon.

Just look at the outrage Michael Schumacher caused when he attempted to squeeze Rubens Barrichello into a Hunagrian pit wall at 180mph.

If you’re talking video games, though, recklessness is a major plus point. No one wants to play Sensible Racing.

It’s easy to see why when the results are as good as they are in Polarbit’s Reckless Racing. It’s the best racing game on Android, and one of the best games on the platform full-stop.

Brilliant from the top-down

In many ways it’s the kind of arcadey top-down experience we’ve seen before. Even on the relatively sparse Android Market we have the fun Pocket Racing which – on paper – does much of what’s on offer here.

It’s in the details that Reckless Racing excels. The graphics are sublime, for a start, rendering each redneck car, each pool of water and each tire track beautifully. In addition, it’s full of classy little touches like the lap and position information hovering near your car.

This is accompanied by an equally exquisite physics engine, which sees wooden fences splintering upon contact, barrels flung across the tracks, and cars flipping up and onto their roofs with a bit of encouragement.

All this would be for nothing if the racing itself wasn’t right, but it’s nigh-on perfect. This is tail out, opposite-lock racing at its best, with each of the six redneck-mobiles handling distinctively, and aided by a fine array of control options to suit almost anyone. 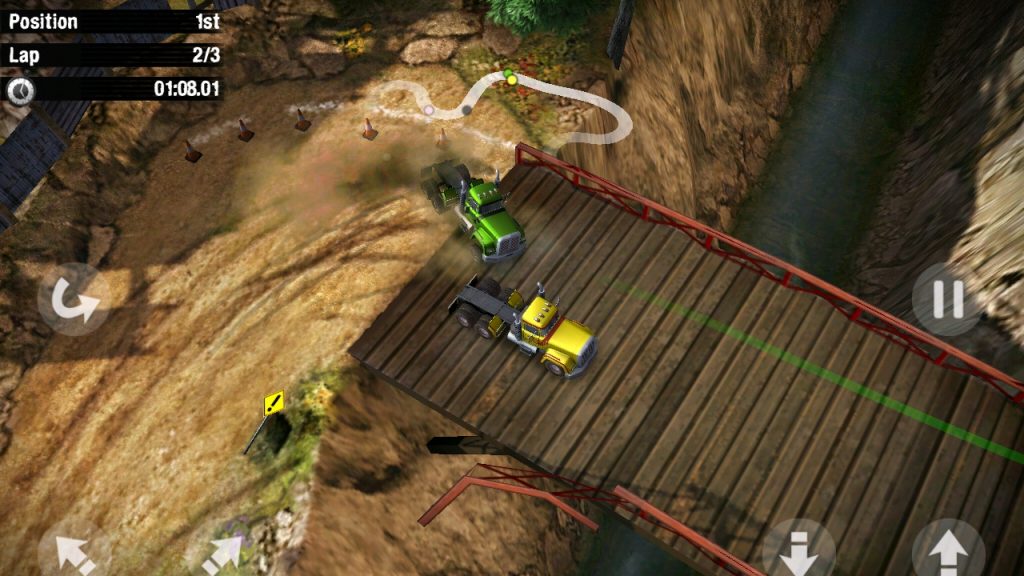 Reckless Racing’s only real issue is a lack of single-player content. There are only five tracks in the game, with each one playable in reverse, and you’ll be able to blast through the main Dirt Rally mode in a single short sitting. The AI really doesn’t offer much competition, even on Advanced.

Indeed, I’d seen everything single-player had to offer within an hour – including several goes at Hot Lap mode (essentially Time Trials of each track, complete with ghost data) and the entertaining if limited Delivery (a standalone point-to-point affair).

However, given the quality of the racing model, and the tightly integrated online highscore mode, I know I’ll return to it. Hot Lap mode in particular is thoroughly hypnotic, urging you to go faster as it informs you of your current ranking in real time.

The other thing that extends the life and appeal of the game immeasurably is multiplayer. You can play against up to three other human players over wi-fi (online or locally). In my experience of a few games, it works beautifully, and provides the competitive edge that single-player cannot.

It’s an undeniably high-end title that will exclude lower-end users (it ran flawlessly on my Galaxy S, for the record), but Polarbit has set a benchmark that will last long into the next generation of Android handsets.