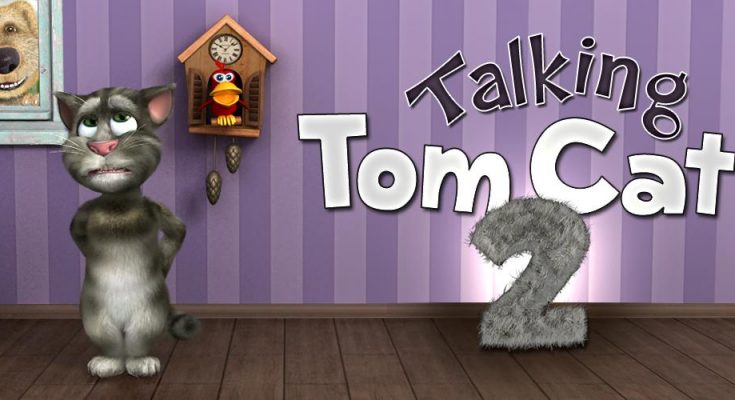 As Pinky & Perky and Alvin & The Chipmunks have so comprehensively proven over the years, high-pitched voices are amusing.

No matter what age group you happen to reside in, the irresistibly cute tone of these characters is sure to elicit a smile.

Talking Tom Cat on Android is a fairly basic application which seeks to cause the same degree of mirth by taking a recording of your voice and applying that all-important high-pitched filter.

Using the app is easy. You merely talk into your phone’s mic and Tom – the on-screen moggy – cups his ear to show that he’s listening.

When you’re finished he recites your mutterings in his own adorable voice, even going as far as to mouth the words as he speaks.

You can record up to 30 seconds of speech and even upload the results to YouTube for posterity or email them to a friend.

Superficial touches such as interaction with the touch screen are also present.

Tapping Tom repeatedly on the head will cause him to fall over as if he’s been punched, whilst rubbing his tummy will keep him contented, resulting in a purring sound. Other parts of his body are also interactive, such as his feet and tail. 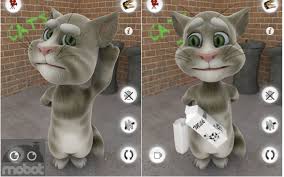 You can also tap a glass at his feet to instigate an animated sequence where the receptacle is filled with fresh milk which Tom then gleefully consumes.

That’s all there really is to it, but to be honest Talking Tom Cat’s voice recording feature is enough to warrant a download on its own.

While Talking Tom Cat is a pretty juvenile application it has a tremendous amount of charm – just put this in the hands of a child and you’ll see how magical it is.

It also has more amusing uses such as candidly recording people in conversation at work and then playing back their speech – something that is likely to cause plenty of chortling – not to mention aggravation – in offices up and down the country.

Talking Tom Cat is offered for free but is supported by adverts which do tend to sully the otherwise excellent presentation of the app.

It would also have been nice to see a few more voice types thrown in for good measure; there are other voice-changing apps available for smartphones so it’s clearly possible.

However it’s hard to grumble when there’s so much fun on offer. Talking Tom Cat is a throwaway download which won’t enrich your professional life or make your day-to-day business any easier.

However it will bring a smile to your face whenever you boot it up, and that has to count for something. 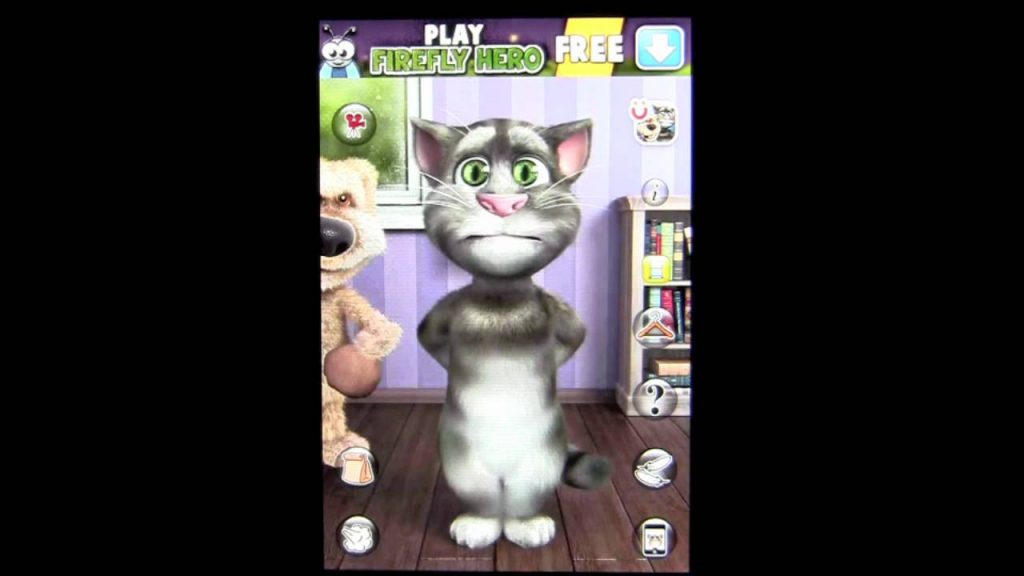 Talking Tom Cat is a fun game and one that will appeal to younger users as well as older users that refuse to grow up – not unlike myself. This new version has a fresh coat of paint and some added animations, but overall Tom is still his familiar self and has all of the same sort of tricks and fun up his sleeve as he did before. A classic that’s now more accessible to a lot of new users, this free app is well worth giving a whirl.