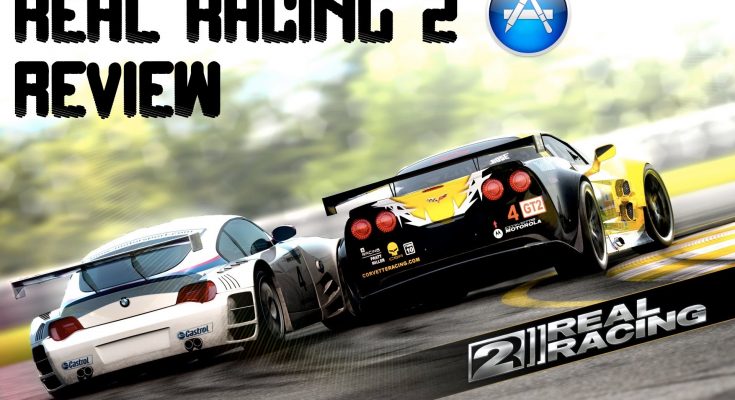 If you’ve ever enjoyed a racing game on the iPhone, there’s a good chance you owe developer Firemint a thank you. Their original Real Racing title was a hit on the App Store, and it perfected tilt-steering in a way that nearly every racer since has tried to copy. Now, 18 months after the release of the original, Real Racing 2 has arrived.

Bringing with it real cars, gorgeous visuals, and 16-person online multiplayer, this is more than a perfect sequel – Real Racing 2 is the single best racing game the iPhone has ever seen. That’s a bold claim to be making at the top of a review, but as of this writing there’s simply no other racing game that comes close. Real Racing 2 manages to offer the perfect blend of accessible gameplay and simulation racing.

As was the case with the original, Real Racing 2‘s default controls keep things nice and friendly for new drivers. The vehicle’s acceleration is handled automatically, leaving players in control of only steering and braking. Applying the brakes requires a simple touch anywhere on the screen, while steering is handled by tilting the device. 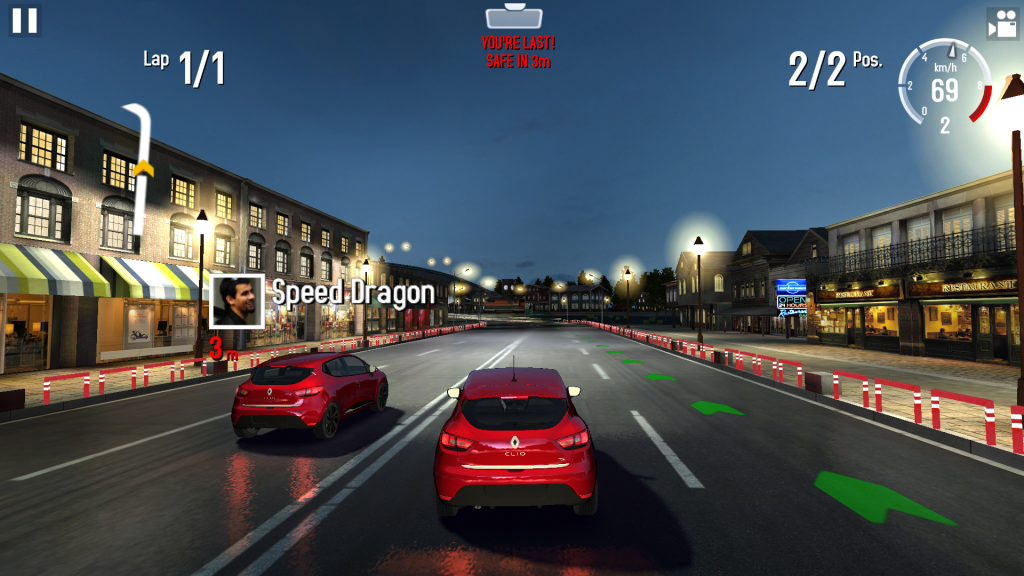 If you’re an experienced driver looking for more depth, or simply hate tilt controls, the game offers seven different control schemes to suit your tastes. Ranging from an on screen steering wheel to user-controlled acceleration, as well as a number of configurations, you’re bound to find a comfortable set up that works for you.

Taking these controls to the road, the bulk of the game focuses on your career as a driver that will take you through five different racing series, each comprised of a variety of races and racing styles. Sometimes you’ll compete in a standard 3 lap race. Other times you’ll be in a head-to-head competition. Other times still you’ll be competing in a series challenge that will have you working through several races in a row. There’s a great deal of variety here, and just like in traditional racing simulations like Gran Turismo and Project Gotham, players will need to earn enough money to purchase different cars that meet different criteria if they want to compete in every race.

Unlike its predecessor which offered generic lookalikes, Real Racing 2 offers real cars from a number of world renown manufacturers. BMW, Ford, Volkswagen, McLaren – in total, 9 different companies are represented and bring 30 different cars to the mix. What’s more, each of these cars can be customized to offer performance enhancements – so while your VW Golf GTI might not be able to net 1st place right now, spend a few thousand on tweaks and you’ll blast past the competition in no time.

Blasting past that competition is tough business, though. The AI here is sharp, and even on the medium difficulty setting we found ourselves fighting for every inch of road. This isn’t a complaint, mind you. The track design here is so well thought out that you’ll need to learn every corner and every curve to master what’s been put in front of you. All in all, Real Racing 2’s career mode is a flawless experience.

In addition to the career mode, players can jump into a Quick Race, try to outdo their best laps in Time Trial, compete against 8 friends locally over Wi-Fi, or jump into a 16 player online frenzy.

The only real weak spot in the entire Real Racing 2 package is found in the online multiplayer matchmaking. While for the most part the game seems to pair players of the same skill level/car class together, it doesn’t do so consistently. In more than a few of the races we competed in, we’d see 6 cars at a similar level competing against 2 high end vehicles that left the rest of us in the dust. And while the game technically supports 16 player online races, the auto-match system never put us in a race larger than 8.

Worse yet, Real Racing 2 offers neither the incentive to complete a multiplayer race nor a penalty for dropping out of a race early. As a result, players quitting in mid-race was a regular occurrence.

Despite these problems, the multiplayer is tight and lagless enough that it’s a real blast to play under the right conditions. What we would have really liked to see was multiplayer that tied better into the overall experience. Offering money and reputation at the end of each race would not only offer players an incentive to stay until they reach the finish line, it would give players the added bonus of improving their vehicle to help their performance in the career mode. Likewise, nothing penalizes a spoilsport quitter better than a reduction in reputation points.

While the game’s appearance clearly speaks for itself, it would be impossible to review a game like Real Racing 2 without discussing its graphics. Stunning doesn’t even begin to describe the visuals at play here. There was a time when what was considered gorgeous on the iPhone was when a game approached PlayStation 2 quality visuals. Thanks to games like Real Racing 2, we’re well beyond needing to make that comparison. Whether you’re checking out the interior while driving with the in-cockpit view, or marvelling at the reflections in the hood or the shadows on the road as you opt for the hood , there’s not a single moment where you won’t be wowed by what’s on offer.

There’s no two ways around it: Real Racing 2 is the best portable racing game this year, if not of all time. It’s everything Gran Turismo players want in a pocket racer, yet it’s accessible enough that it can be enjoyed by the simplest of racing fans. The much lauded multiplayer is a brilliant accomplishment for iPhone gaming, even if it’s not without its flaws. Look past those small hiccups, though, and you’ve got a massive racing title that’s every bit as competent and engaging as the bigger home console games that inspired it.