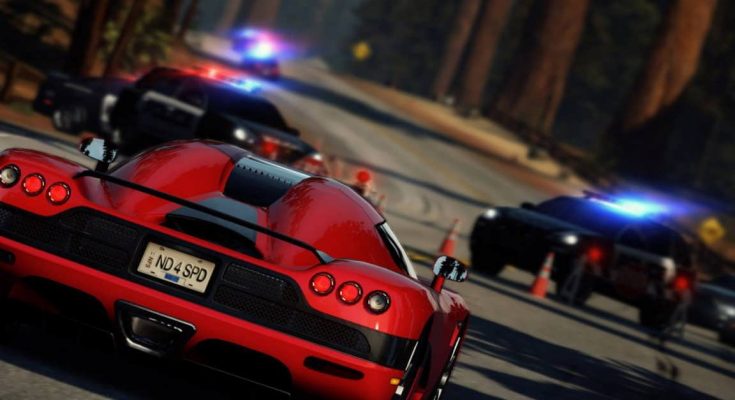 Need for Speed: Hot Pursuit confirms a long-held suspicion: not every cop car that speeds through a red light or careens past a stop sign is answering the call of justice.

Racing the other officers in requisitioned sports cars and weaving through traffic to hit checkpoints as part of a performance evaluation won’t win an officer any ethics commendations, but it sure makes for fun gameplay. There’s plenty of law enforcement to go with the off-duty antics and combined it makes for thrilling driving.

While the lack of online multiplayer is disappointing and a few quirks here and there keep it from being thoroughly polished, Need for Speed: Hot Pursuit delivers instant action.

Unlike previous instalments that hid your cop credentials, Hot Pursuit is all about flaunting your authority in conspicuously painted police vehicles. The 24-mission Career mode has you buckling up for high speed chases, checkpoint runs, crash ‘n’ bash events, and friendly street races with the squad.

In each case the scenario is simple: you’re the good guy and the other guy – whether it’s the clock, criminal, or fellow cop – is the bad guy that has to be beaten.

This makes for instantly accessible action – just hit the gas and go. There are no complicated simulation mechanics to worry about, no need to tune your vehicle with extra parts, no convoluted objectives to consider. Hot Pursuit is a great pick-up-and-play racer.

It helps that each event is as fun as the next. Too often in racing games two or three events shine, while the rest feel forced for the sake of variety.

Hot Pursuit avoids this common fault by zeroing in on a few entertaining events like Interceptor, which pits you against a single fleeing felony in a high-speed chase. 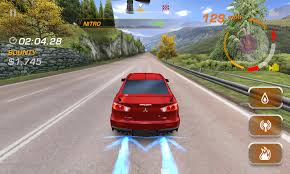 Weapons have been introduced for dramatic effect, although they’re less sensational than expected. Tire-puncturing spikes, disabling electromagnetic pulses (EMP), and road blocks can be summoned to sabotage your opponent: each recharges during the course of an event for multiple deployment, as does your nitrous.

None of the weapons is particularly satisfying for specific reasons. Road blocks are ineffective against advanced drivers, and since they span the width of the road they’re just as much a threat to you as they are your enemy. The EMP disables vehicles to a near full stop, which is great for races but not take-down events.

There are moments when the weapons do succeed in heightening the drama. Hitting a criminal with an EMP, then rocketing ahead to lay down a row of crippling spikes is exhilarating.

The game’s biggest shortcoming is multiplayer, where online play has been completely omitted in favour of head-to-head racing via Bluetooth or local wi-fi. The inability to race with more than two players locally is surprising, as is the continued absence of online features.

Game Center makes online multiplayer easy to implement, so it’s anyone’s guess why EA Mobile would ignore calls to support online play when the means for incorporating it are accessible.

Other random issues take the shine off Hot Pursuit. During one event, my car tipped over and continued on its side for more than a mile. The presentation is a mixed bag – some vehicles look detailed, while others appear flat. Career progression is too linear, with some events unlocking one at a time, rather than in batches.

It’s fair to say that Hot Pursuit is a step down from last year’s seminal effort, yet it’s equally fair to point out it’s more action-packed. While it may not top the genre on iPhone and iPod touch, Hot Pursuit nonetheless delivers plenty of cheap thrills.