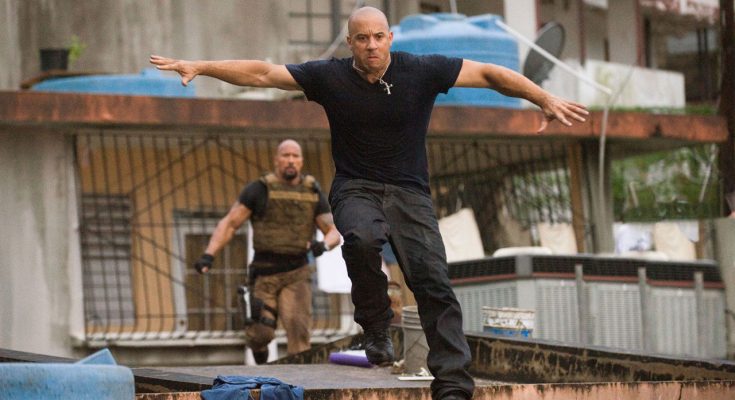 Two franchises, the Fast and the Furious movies and Gameloft’s Asphalt racing games, have each had their ups and downs over the years. This is a high point for both. Critics are already calling the fifth Fast movie the best since the original, and that praise meshes nicely with the official iOS game based on the Asphalt series. With its action-movie influence, Fast Five The Movie: Official Game is Gameloft’s best racing game yet.

The explosive energy of the Fast and the Furious movies is exactly what Gameloft’s aging Asphalt series needed. With each new Asphalt game, Gameloft has pushed the boundaries of what’s technically possible on the system, but lately it’s been missing its muse. Fast Five the game introduces cinematic hazards like exploding buildings, the ability to rewind from crashes, and a more realistic aesthetic that matches the Burnout series on consoles. 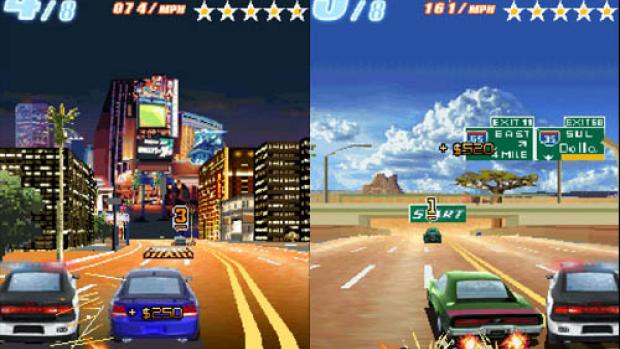 These spectacular features, on top of Gameloft’s already finely-tuned racing engine, make Fast Five one of the most exciting racing games on the App Store. Set mainly in Rio de Janero, the plot closely follows the film as driving experts from around the world conspire to steal from a South American crime lord. The Brazillian setting means that you’ll be racing through jungles, plains, freeways, shanty towns, and gleaming downtown districts.

The default controls use the accelerometer, and we found that they were just perfect. Acceleration is automatic, letting you focus on making precise turns and knocking the competition out of the way. Normal races are only part of the game– you’ll also have to compete in drift, timed, and elimination modes, which should be familiar to anyone who’s played an Asphalt game.

There’s also a new mode, drag racing, which we have mixed feelings about. They’re more hands-off than the other modes, because steering is automatic and you control the acceleration through timed gear shifts. These races have a much less white-knuckled feel about them, but they’re good as a mental palate cleanser between the bigger races.

To advance through the game, you’ll alternate between story missions, which introduce new characters and tracks, and side missions, to earn street cred. With ten story chapters and several side missions for each, this is a huge amount of content. The story is told through still-image cutscenes, and they’re engaging enough to make you actually care about what happens next.

Another exciting feature is that you can race online against other players, and earn XP to unlock new cars. You can earn virtual currency in the main game, too, with the option to pay real money for extra cash if you want to immediately unlock the flashiest rides. It’s too bad that Gameloft charges extra on top of the $5 initial download, but buying the extra cash is completely optional and the game has the right level of challenge without it.

We couldn’t be happier about this marriage between the Fast franchise and Gameloft’s Asphalt series. It’s taken the best of both worlds and turned it into an incredibly intense iOS racer. The action elements, like rewinding time to adjust your 100 mph drift past a speeding train, are like nothing we’ve experienced on the iPhone. If you love action-packed racing games, Fast Five is a Must Have.