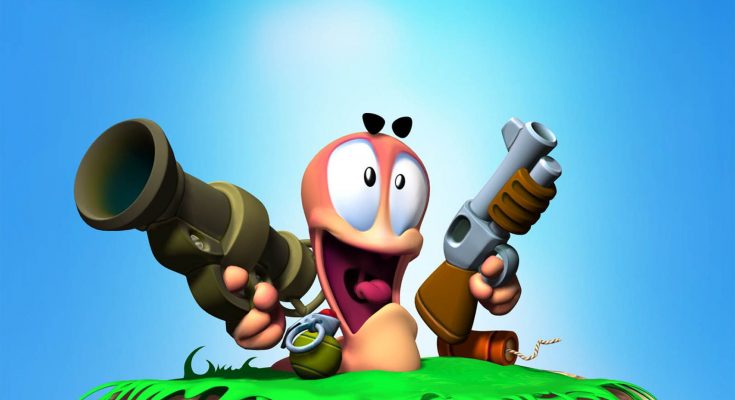 Like a stubborn worm hunkered down in its underground lair, the Worms series has proved remarkably resilient to the attacks of new gaming trends. It’ll take more than a few angry birds to dislodge this franchise from gamers’ hearts.

Surprisingly, there’s only been the one outing for the franchise on iPhone and iPod touch thus far, and it took its time to arrive. While Worms was a decent affair, it lacked a degree of polish and a couple of major features.

Worms 2: Armageddon is a convincing counterattack on rival games that perhaps thought they had the long-running series beat.

We should make it clear from the off that Worms 2: Armageddon offers little that’s mechanically new over its predecessor. It’s the same brand of turn-based action that has you leading a team of worms against another, making use of rockets, holy hand grenades, and explosive sheep (to name a few).

It does, however, refine most of the major areas. The game looks better for a start, with greater detail in the levels (although high-resolution graphics aren’t supported for iPhone 4 and fourth-generation iPod touch) and a generally richer palette.

The controls are virtually identical to the original, which is understandable given the work that went into tweaking that game post-release. In short, it carries the same tap control system for movement and drag gesture for aiming shots.

There’s still a lack of precision when it comes to jumps, back flips (a tap and double tap of your worm respectively), and special forms of transit like the ninja rope, but the truth is they’re all reasonable workarounds for a game that was designed with physical controls in mind. 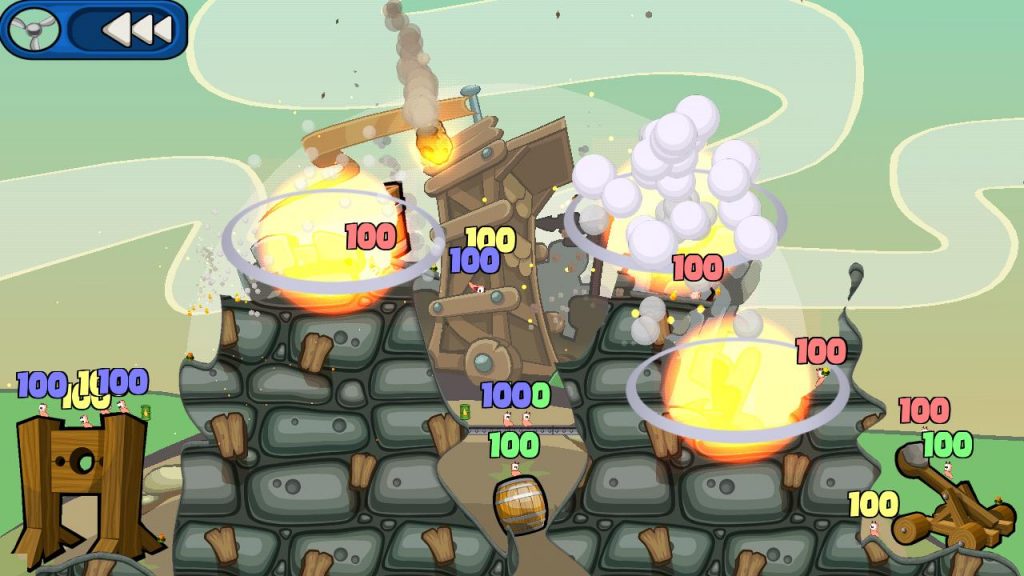 The single-player element has received a welcome dose of structure. While it’s still effectively a series of skirmishes tacked together – a stingy one at only 30 levels – it’s at least been imbued with a sense of progression thanks to a level structure and an overarching currency system.

You receive gold as you progress, which enables you to buy silly hats for your team and additional weapons for multiplayer.

In fact, customisation is one of the key improvements in Worms 2: Armageddon, as you kit out your team with your own hats, skins, victory dances and forts. You can also customise the rules and load-outs for multiplayer matches.

Yes, Worms 2: Armageddon finally addresses the major omission from the first game – online multiplayer. You can now take your customised team online to do battle with fellow players.

In my experience this worked reasonably well once I’d managed to connect, although I experienced a number of connection failures. Hopefully this will stabilise over time and with updates.

Overall, Worms 2: Armageddon is a notable improvement. While it shares a near-identical engine along with the same divisive control scheme, it takes significant strides forwards with a better single-player mode and – finally – online multiplayer.

If the franchise has burrowed its way into your affections at all over the past decade, this is the mobile version for you.