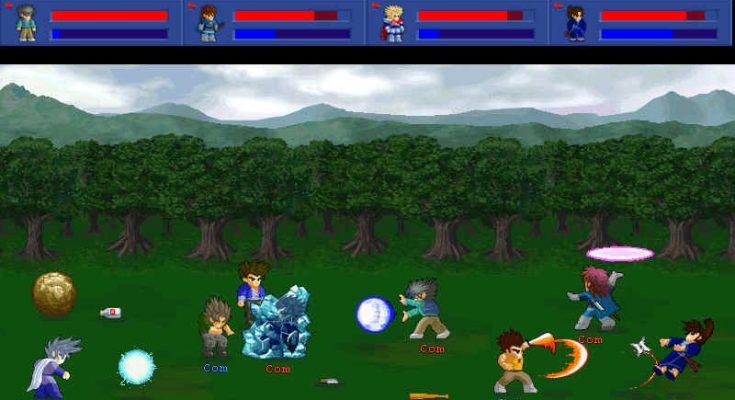 Camel Games describes this game as the “World’s first LBS (Location Based Services) mobile MMO.” While I can’t be entirely sure this is actually a world first, it definitely is worth mention. In Little Empire you’ll take control over your own kingdom, or empire as the title would suggest, and conquer the rest of the Little world with an army you build from the ground up. What’s interesting is that this world is filled with other real players who are out to do the same, all in real-time.

Little Empire is extremely fun to play, really hard to quit, and offers seemingly endless gameplay. It also has some really pleasing visuals and a really clean UI, which scores vital first impression points in my book. In my opinion, if a game lacks the aesthetic appeal I’m expecting, it’ll take a massive blow to overall rating.

To start off, you’ll have to choose the hero you believe will drive your kingdom to victory. These are basic, run-of-the-mill character options we see in every game that shares the same genre as this one. This leads me to believe that you won’t be overly excited when I say the options are:

Once a hero is chosen you’ll be taken to your kingdom. On the home screen there are several different options, I’ll introduce and explain them individually.

The task menu is where most of the story-based (and I use that term lightly) missions will be. They include claiming target amounts of resources, helping friends, stealing from friends, winning battles, making key advancements, and a plethora of other simple tasks.

This is where you will meet actual enemy players for the first time. You can go knocking on the castle doors of anyone in the arena, but I would watch out because you can’t see their unit setup until you start. Once the match begins, you’ll be given the option to strategically place your army against the enemy lines, then a variation of tower defense battle ensues. Kill off every member of the enemy army or demolish the opposing castle first and you win.

Watch this area closely because it is where notifications of impending attacks will appear, allowing you to rally your troops. Mail regarding friend requests and other types of memos will also be here.

The friends feature in this game is a little off to me. You can extend invites to and accept them from anyone you come across, and making friends is important because they can help you fight off an enemy attack if they see you’re in distress. However, what’s odd is that friends can also steal your resources if left uncollected and attack your castle if left unprotected. It just seems like those would be enemy tactics to me, but I digress.

This is where anything and everything that can be added to your kingdom will be found. Build gold or crystal mines, houses for troops, unit training camps, plants and trees, prisons, and much more.

Other options include Setting and Daily Challenges, which are pretty straightforward and don’t really need much explaining. In addition to all of that, you can also interact with your kingdom. Would you rather have an ocean front view from your penthouse tower bedroom? Move your castle. If you feel like you need a tranquil garden to reflect on all of the chaos you’ve been causing, then add some greenery. Plants and shrubs also have benefits like randomly tossing out coins and crystals. Cha-Ching! 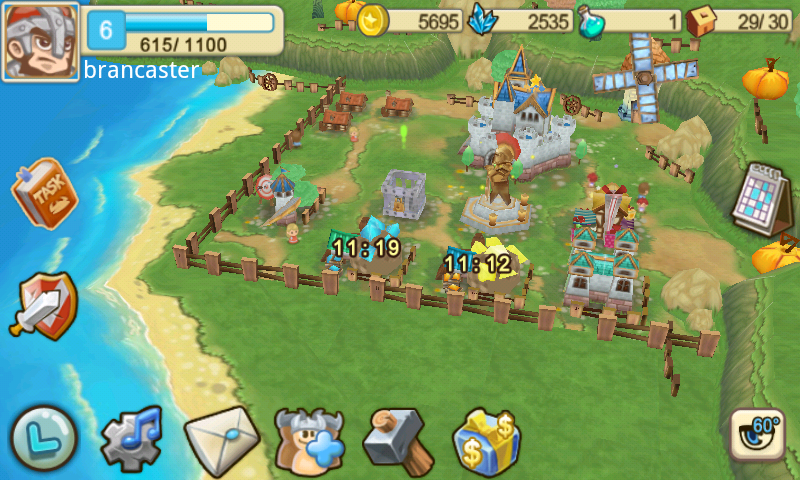 Most things can be purchased with coins or crystals, and many things will require a combination of the two. In fact, everything needed to advance in the game can be purchased with those two forms of currency. However, you have the option to buy (yes, with real money) MOJO, which appears to be some type of jarred blue liquid. MOJO will allow you speed up the time it takes to harvest resources and will also allow you to purchase upgrades for your hero like weapons, spells, and armor. Now, you will receive some free MOJO when you complete missions or level-up, but it won’t be nearly enough to get you that sweet stave for your winged elf magic thing. It is unfortunate that you have to actually buy in game currency to get some upgrades, but it is entirely possible to continue on without doing so. Just keep in mind that the game will move slowly at times and that’s the devs’ way of reminding you of the MOJO option.

I understand that this game is new, but there are quite a few technical issues that are really frustrating. The game will constantly lose connection and either ask you to log back in or force close altogether. It will force close at random times during gameplay as well. In addition, after presumably quitting the game, the app’s soundtrack can be heard over other applications, even phone calls. With that being said, during the past few days there have been two updates that fixed a few of the force close issues. On top of the technical issues, grammar is completely negated throughout the app – some sentences don’t even make any sense. While that isn’t much of an issue, it just really bothers me.

What makes this game so addictive is the fact that you have to keep coming back to check on several different time intensive aspects. You’ll have to make sure other players haven’t stolen precious resources, freed your prisoners, or attacked your castle. Once you’ve done that, you figure it wouldn’t hurt to make some improvements to your kingdom and dominate some other players while you’re at it, and before you know it, quite a bit of time has passed.

I noticed I began to get really angry when other players stole things from me, driving me to demolish their forces and enslave them for payback (I rule my kingdom with an iron fist). Ultimately, this made me check back even more to make sure other players weren’t coming to free my prisoners or attack my castle while my defenses were abroad. So I started training more attack units (further involving me in the game…) so I could keep my home front defended while I was off flexing my king-sized muscles on the front lines.

On another note, I feel that the LBS (Location Based Service) feature could be implemented more throughout the game. Currently, the only functional role it seems to play is defining the distance and time it takes to march your army to other players’ kingdoms. Personally, I would like to see things like location based factions or clans. The entire LBS system just seems lackluster, especially considering that the game description puts so much emphasis on it.

Other than the lack of LBS integration, technical and grammatical issues, and the MOJO factor, this game is pretty cool. It’s addictive, fun to play, and aesthetically appealing. Who wouldn’t want to own their own castle and dominate the world?

This could all be yours if you check out the link below. Other than MOJO purchases in-game, it’s free to install.