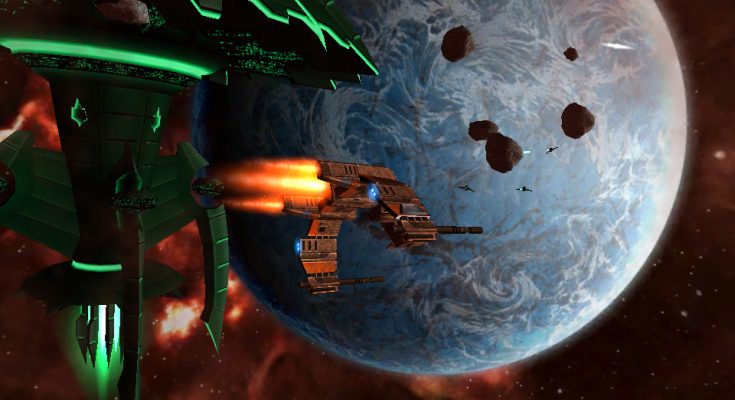 In the cold dark space of intergalactic action games, Galaxy on Fire 2 is the North Star.

Shining brightest in a constellation populated by dim games like Warpgate, it offers a point of reference from which the genre can chart a course forward.

Plenty of minor criticisms can be heaped on it, but in the grand scheme of things Galaxy on Fire 2 is an adventure that goes beyond where any iPhone and iPod touch game has gone before. 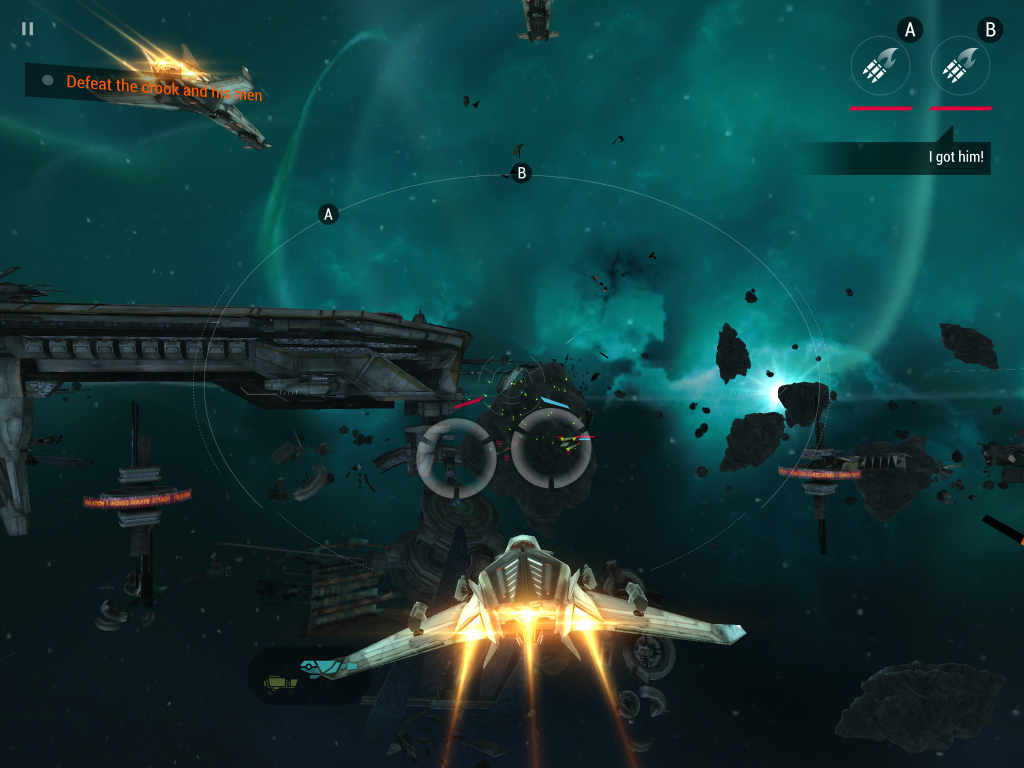 In a Galaxy on Fire far, far away

A gripping story draws you in from the start. The saga of pilot Keith T. Maxwell is immediately engaging and grows more so as the story develops. Originality is part of the appeal, but the well-written scenarios and dialogue play a greater role in its success.

While the story is always moving forward, there are enough compelling side quests and optional activities to distract you. Within each planetary system is a space station complete with a space lounge where crazy cocktails and side quests are served.

At any time, you’re welcome to pop down to the intergalactic pub and acquire optional objectives for extra cash.

Whether it’s mining for exotic metals in an asteroid belt or seizing pirated goods using a tractor beam, these missions are entertaining and varied enough to keep you coming back.

These space lounges also enable you to buy black market goods that aren’t available in official shops, or at least for less than you’d pay through proper channels. Playing a dynamic economy based on regional supply and demand offers a sophisticated means of making a buck.

There are incentives for pursuing side quests and non-essential activities like mining and playing the market: cash rewards can be spent on outfitting your ships.

Galaxy on Fire 2 nails customisation, with dozens upon dozens of different weapons, parts, and even entire ships.

Reasonable pricing ensures that you can afford what you need in order to progress, but you never seem to have enough to buy that advanced shielding or big nuclear weapon you have your eye on. As a result, you’re nudged into taking side quests in order to accumulate money for decking out your ride.

Not only does this customisation guarantee depth, but it prompts an investment into Galaxy on Fire 2 beyond the battlefield. Truth be told, combat is the weakest element in an otherwise outstanding game, making the quality storytelling, mission design, and customisation necessary counterweights.

The problem revolves around the inability to adjust velocity and execute evasive manoeuvres. An analogue stick in the lower-left corner moves your ship, while virtual buttons in the opposite corner fire primary and secondary weapons.

Additional buttons allow you adjust the camera freely and switch weapons (if you’re piloting a ship with multiple weapon slots).

Not being able to adjust your ship’s velocity is annoying and basic dogfighting techniques suffer as a result. You instinctively want to throttle back on your speed so as to quickly flip around when an enemy passes you, increasing velocity after a turn to close in on your enemy and take a shot – you can’t do that here.

Another core manoeuvre, the evasive roll, is absent. At times it feels as though you’re a sitting duck and there’s nothing you can do to escape a torrent of enemy weapons fire but hope to shoot them down before they obliterate you. By not allowing variations in speed and simple evasive manoeuvres, combat feels rigid.

These niggles diminish the twinkle of a stellar game. That so many complaints lodged against the first game have been carefully addressed in the sequel deserves credit. Taken on its own, Galaxy on Fire 2 is an engrossing adventure with space for improvement.