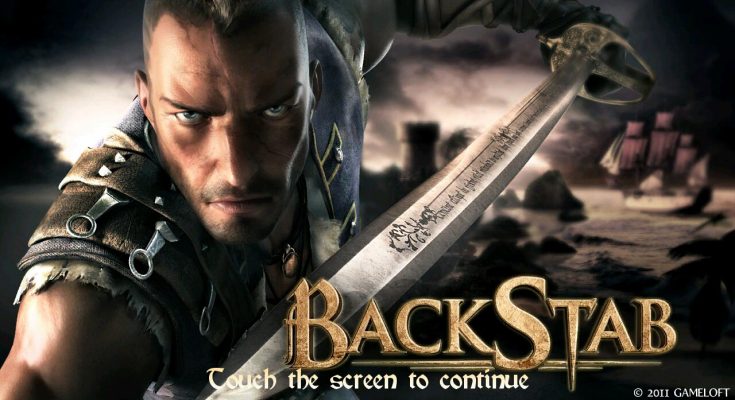 Captain Henry Blake is a man looking for revenge. Revenge and freedom – the freedom, specifically, to take revenge on his old nemesis Edmund Kane, who betrayed him. That’s the setup for Gameloft’s latest action title BackStab.

Like the townsfolk fighting back against Kane’s rule, BackStab represents a symbolic break for freedom for Gameloft itself, in terms of both game design and level structure.

It doesn’t exhibit its influences quite so brazenly as previous Gameloft titles, and this Xperia Play exclusive benefits as a result.

However, much like Blake himself, BackStab ends up being betrayed by a number of technical faults that, while not killing the game, end up injuring its appeal. 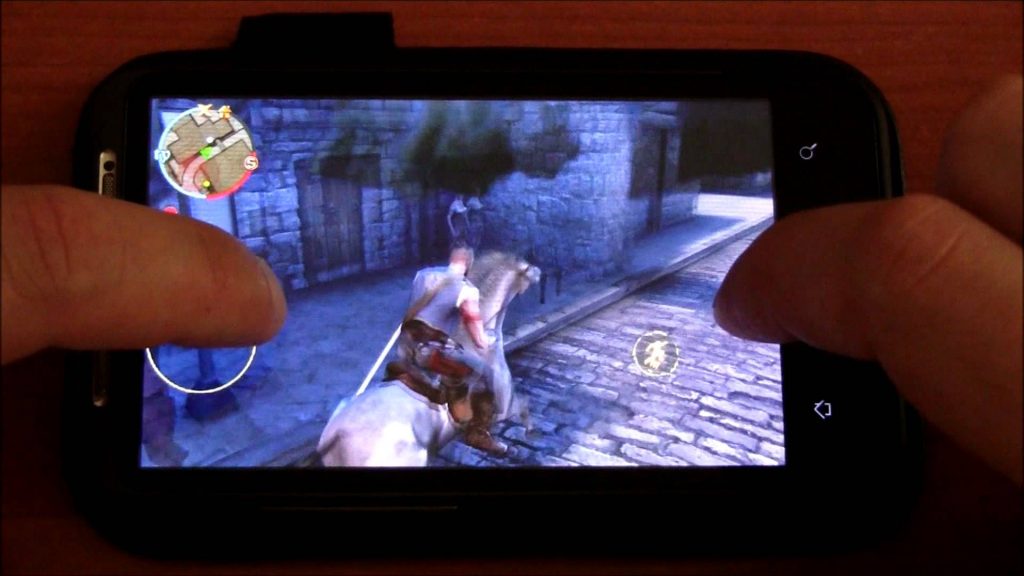 Playing like a more action-orientated version of Assassin’s Creed with the occasional nod to Uncharted and Prince of Persia, BackStab splits its gameplay down the middle, with half the game spent roaming a variety of open-world levels and the other devoted to running through linear missions.

These missions are usually multi-part affairs set somewhere in the islands and cities that make up BackStab’s world. They often involve taking in a spot of parkour and then a few fights with the British/Spanish soldiers and an almost inevitable cannon-based setpiece.

Controlling Blake is done via both the touchscreen and the Play’s physical buttons, with the latter the clear winner in terms of user friendliness.

That’s not to say there aren’t faults with the physical controls. Riding a horse is bafflingly hard – with the steed prone to stopping, starting, then stopping again for no discernible reason mid-run.

The fact that Blake is controlled from the camera’s perspective rather than character’s may work well on touchscreen, but it feels odd with physical buttons, leading to incidents where Blake will absent-mindedly throw himself off a ledge to his death when first starting out.

Still, these occasional moments of idiocy are made less troublesome thanks to the excellent checkpointing. The gorgeous graphics also take the sting out.

While the character models do look blocky and relatively basic, the textures and design of the world around them – complete with real-time day/night cycle and long draw-distance – are a feast for the eyes.

Most of the locations you visit – including shanty towns, windswept islands, and reinforced forts, among others – are fully explorable, with sub-missions and secret treasures hidden away from the beaten path for intrepid souls to discover.

Even Gameloft’s trademark naggy waypoint marker is a lot less strict this time around, which is a relief for us who don’t like being told which foot to place down next.

The cracks appear when you break BackStab down into its constituent parts.

The relentless cannon set-pieces, for instance, just aren’t very fun to play and pop up far too often to be a mere nuisance, while the well-intended, GTA-like notoriety system would have been great if it weren’t so blindingly easy to merely wander to the nearest safehouse.

Then there’s the combat, which also suffers from having to take into account both touchscreen and physical controls.

While not having God of War style combo lists is perfectly excusable, the lack of a blocking move removes the need to do anything more than hammer the Square button until the other side falls over.

There are also far too many bugs and crashes, with each new level acting like a mini-game of Russian Roulette – will it load up properly this time or will I have to force close the app once again for it to work?

Animations have the tendency to go a little crazy on occasions, too, with close-ups of Blake running his sword through thin air and characters jerking around like caffeine-addicted marionettes an all too common sight.

Given the breadth and depth of the game, these technical faults are understandable, but nevertheless frustrating.

Taken as a whole, BackStab offers up a shallow but enjoyable riff on the open-world template of games like Assassin’s Creed and GTA.