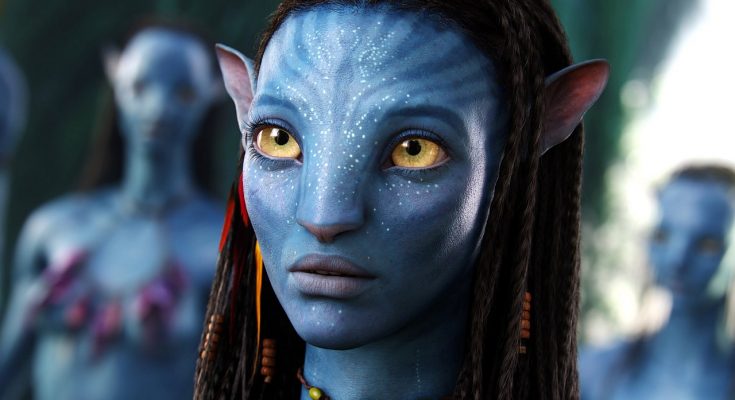 Movie games have rightfully earned their reputation for tired tie-ins and sad cash runs. Gameloft’s Avatar is a bold step to reverse that trend. It is a well produced, thoughtful companion to the movie that tells an alternate story. It also happens to be one of the most attractive 3D action games on Android right now, recreating the incredible world of Pandora in an explosion of blues and greens that just pops off the screen.

Gameloft’s Avatar does not take place during the film’s timeline. Instead, it is set two decades prior and follows the exploits of Ryan Lorenz, the first inductee into the Avatar program that grants humans control of a genetically constructed Na’vi husk. Ryan is sent to the planet Pandora to help a massive corporation plunder it for the element of “unobtainium.” Over time, though, Lorenz goes rogue and sides with the Na’vi against the human pirates. There is a fable in here about exploiting native cultures and environmental abuse, but Gameloft’s game sticks to action, action, action.

As a Na’vi, you explore Pandora’s lush jungles, at first fighting back against hostile wildlife. However, soon you earn a Na’vi staff and bow. Before long, you’re battling human soldiers, mechs, and flying machines. Avatar straddles several gameplay mechanics, from on-foot exploration and platforming to flight sequences on the back of a dragon-like Banshee. Flying on the Banshee and taking down choppers is a highlight of the game. I also enjoyed the grinding on massive jungle vines or some of the tricky platforming inside the human-controlled base. 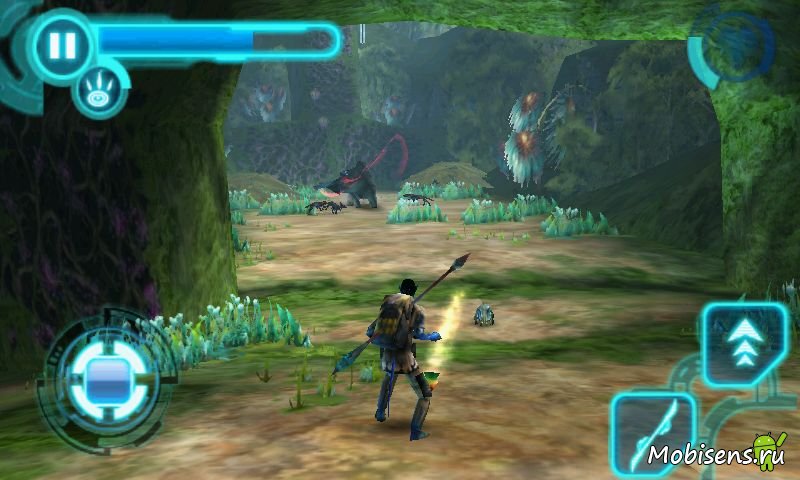 As you venture through Pandora, you collect wisps that are traded in for upgrades like extra health and more powerful attacks. You also learn the slight nuances of attack combos, tapping buttons in rhythm to unleash powerful moves.

Without question, Avatar’s best idea is the Na’vi village, which acts like an open-world hub. Here, you take on smaller missions for the Na’vi, such as scouting and collecting. There is a lot to do at the hub and by interacting with the different Na’vi, you gain a greater appreciation for their plight. The hub also grows as you play, with more and more features opening up as you take on missions, and I loved the horse-like creature you use to travel. If Gameloft ever made another Avatar game, the graceful horse should play a greater part.

What surprises me most about Avatar is its length. Many movie games, such as Gameloft’s own Terminator, are over in just an hour or two. Avatar lasts several hours if you decide to explore it front to back.

However, not everything on Pandora is awe-inspiring. Though the virtual stick and attack/interact buttons are very responsive, Avatar occasionally suffers from a mixture of poor level design and an unforgiving camera. Judging distance between gaps or whether a ledge can be grabbed leads to some frustrating deaths. If Avatar did not have so many checkpoints, I would have dinged the game much more for these little snafus.

Combat is also rather one-note, especially compared to the series of sights and challenges you receive elsewhere such as on the Banshee or at the Na’vi village. Gameloft added a combat combo system I mentioned earlier to give it some semblance of variety, but you really do not need to use any of the combo moves. You can just hold down the attack button until your target is dead. Why put in a combo system if there is no impetus to use it?

Avatar is easily one of the better movie tie-in games on mobile. There are a couple of rough edges with combat being the least interesting thing to do in the game and some level design irritants, but the sense of exploration in the Na&#Array;vi village and the impressive flight mechanics overpower those complaints on the whole. Avatar may be a bit pricey, but with several hours of play, you will get your money&#Array;s worth for sure.