Zen Pinball THD is a pinball table simulator that has proved to be massively popular on Android, after enjoying success on the XBOX Live. While many elements of traditional pinball are present, you can buy additional tables with a variety of different themes. One such theme is based on Marvel’s The Avengers and by all accounts is pretty cool… 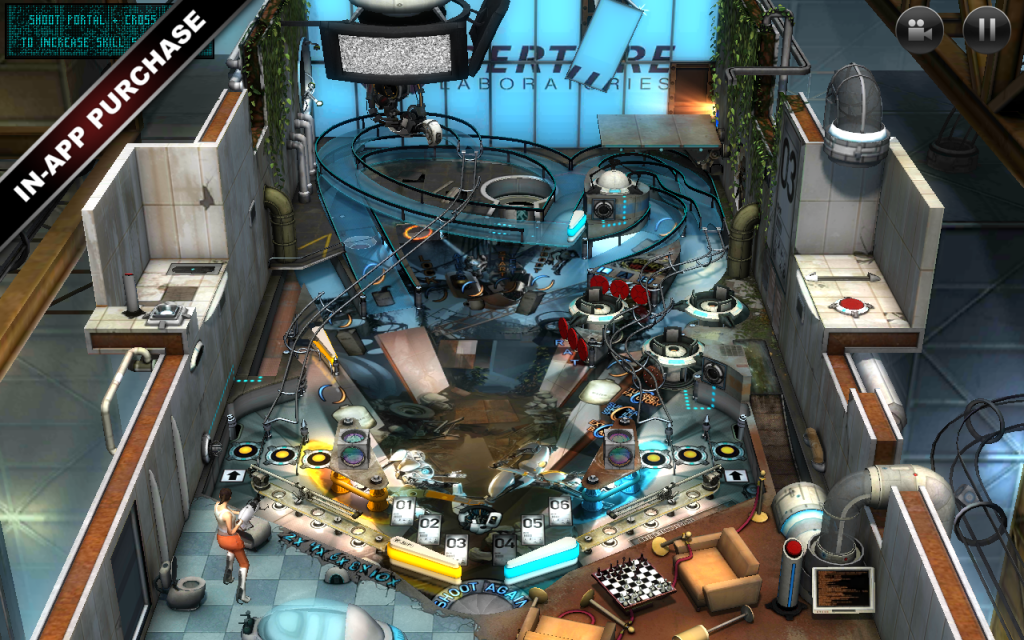 Zen Pinball THD is a completely free and very high quality pinball game for Android Tegra devices. As you would expect the graphics are dazzling and rich with colour, detail and vibrancy- really making the most of that multi-core processor. Unless you’ve literally never heard of pinball, you’ll be aware the gamer has to propel a ball around a table to accumulate points. You have a left and right paddle which can be used to flick the ball back towards the tables scoring areas. Balls can be lost if you’re unable to keep it from falling into the drain but correct use of paddles can prevent this.

These games are perennially popular in arcades and they come in all manner of different themes. The conversion to console and mobile devices is actually quite easy and original gameplay doesn’t really suffer at all. In Zen Pinball THD you simple tap either side of the screen to flick the paddle, and pull back on the spring to launch a new ball.

The game is free and comes with a Sorcerer’s Lair theme. This is pretty neat but you can buy other themes to play, such as Marvel’s The Avengers theme. This presents each ball as a different member of the Avengers, along with sound effects and alternative images. The effects are quite immersive and, although gameplay is essentially exactly the same, it offers subtle and enjoyable differences to other themes. The Avenger’s theme is really nice, but I’m not really convinced it ‘adds’ much to the game in the first place.

The other problem is installing new tables. It should be intuitive- just buy the table and it should appear in colour on the grid of options. However it doesn’t at first. After some messing about it did appear as a valid option for me; I think it’s worth restarting the game and then installing the table into the game. It really should be easier than this.

That issue aside the game plays really well and is lots of fun as you try and accumulate the best score you can. Following the ball on such a colourful table is a little tricky though, but I guess this might add to the challenge.