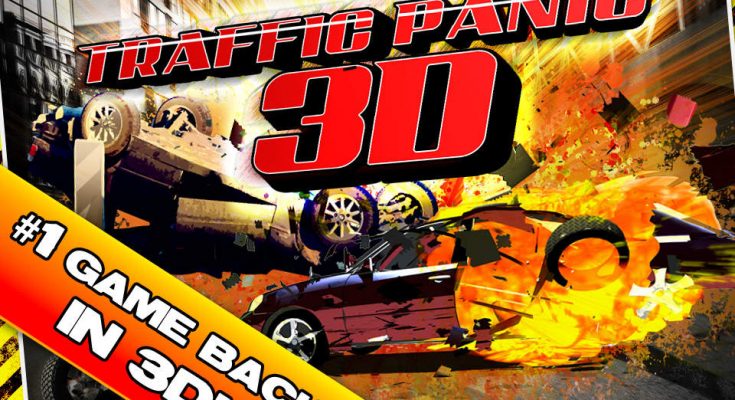 Ever had that feeling while stuck in traffic that if you could just control the lights, you could clear up the jam in no time? Ever follow up that feeling by wishing you could also blow up all the cars that don’t take your direction? Save the money that therapy sessions will cost you–just download Traffic Panic London instead. The latest offering in the hit series by Neon Play takes you across the pond, but keeps the same appeal as the original offering.

Traffic Panic London takes players and puts them in the role of a traffic cop. You’ll control the lights of an intersection: a single tap turn the lights green, then tap again to go back to red. Cars come into frame on their own, scrolling across the screen from left to right as an always-flowing stream of traffic. The cars that travel vertically remain in place until the player gives them the green light. Keep the vehicles moving for as long as you can, then prepare to leave the mundane behind. Once an accident occurs in the intersection, a tap no longer changes the color of lights. Instead, your fingertip will act as a weapon of mass destruction – everything you touch explodes. 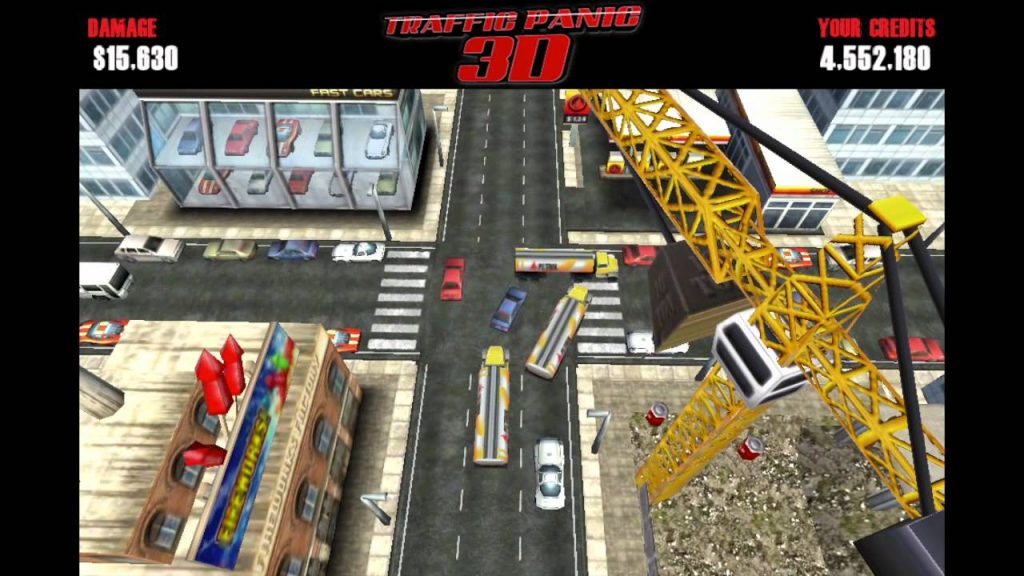 Both gameplay methods are put into full effect as Traffic Panic London gives the players the full “angel and devil” treatment. Both moving cars across the street and destroying everything in sight will land credits, which are the game’s currency. Each time you fire up another go-round, you’ll be presented with goals that give players more motivation to play the game in different ways; Sometimes you’ll be offered tasks like “Move 100 cars through the intersection” and others will be more along the lines of “Blow up a phone booth.” Luckily, you never feel limited to one part of gameplay over the other.

What’s kind of amazing about Traffic Panic London is how addictive it really can be. Perhaps a better name for this title would be Burnout: Sunday Drive. The driving sections aren’t particularly exciting, save for a few close calls or two. Even the crashes aren’t anything to get super excited about–most of the time they start out as fender benders. But the firepower that is held, literally, with the hands of the players puts the latest Burnout series release to shame. The flying of cars, buses, trucks, and plenty of other wheeled means of transport on British streets is just plain fun to create.

While the graphics aren’t anything groundbreaking or brilliant – there’s no damage model for car crashes, and the environments are a little flat up close – it doesn’t deter too much from the enjoyment. A couple rounds in and you’ll be so caught up in keeping traffic moving and causing millions of dollars (or pounds, we are in London after all) worth of damage by sending automobiles soaring.

As previously mentioned, after every round you’ll earn credits that can be used to purchase new cars, weapons, and levels. Per usual for free-to-play titles, you can also plug the meter with real cash and score an abundance of in-game currency. Luckily, thanks to the addictive gameplay, you’ll probably put in enough miles on the road that you’ll earn way more credits than one could need.

The unlockables in Traffic Panic London are an attempt to add depth to the game, and it’s kind of a mixed bag. On one hand, they’re really nothing more than tack-ons that don’t really change gameplay. On the other hand, they alter the environment and offer some fresh and historic locations to completely destroy. It doesn’t exactly make the game all that much better, but variety never hurt anyone.

Traffic Panic London knows exactly what kind of title it is, and it isn’t ashamed of it. Extremely simple in its design, the game doesn’t even bother with a tutorial–perhaps because there’s almost nothing to explain. It is the definition of a simple but fun game. While it isn’t breaking down any new walls or offering something that has never been done, it won’t stop anyone from continuing to play it just for the sheer enjoyment of blowing stuff up.
Source: gamezebo.com