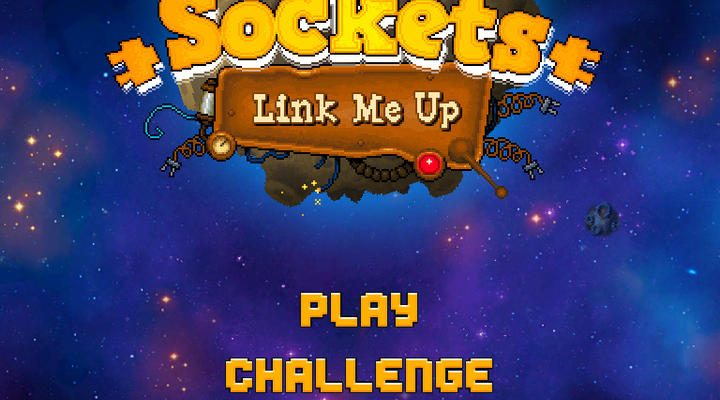 When talking about tired genres, people tend to first turn to tower defense and match 3, then to falling brick games (Tetris), followed by anything with the words “stick” and “doodle”. RoboSockets [99¢], being somewhere in the gray area between match 3 and falling brick (but staying far away from the stick/doodle realm) would generally not be my cup of tea, but after a few levels I found myself playing. And playing… still playing.

The goal of RoboSockets, setting the story aside for a bit, is to connect robots to one another in groups of five or more. Each robot that falls has 0-4 hands, with each hand pointing in a different cardinal direction. By placing the robots next to each other, assuming they have hands that are linking, they latch on to each other to create robot chains. Once you’ve linked 5+ robots together, they poof away in a cloud of dust, simultaneously adding to your robit-link fulfillment that you need to pass the level. 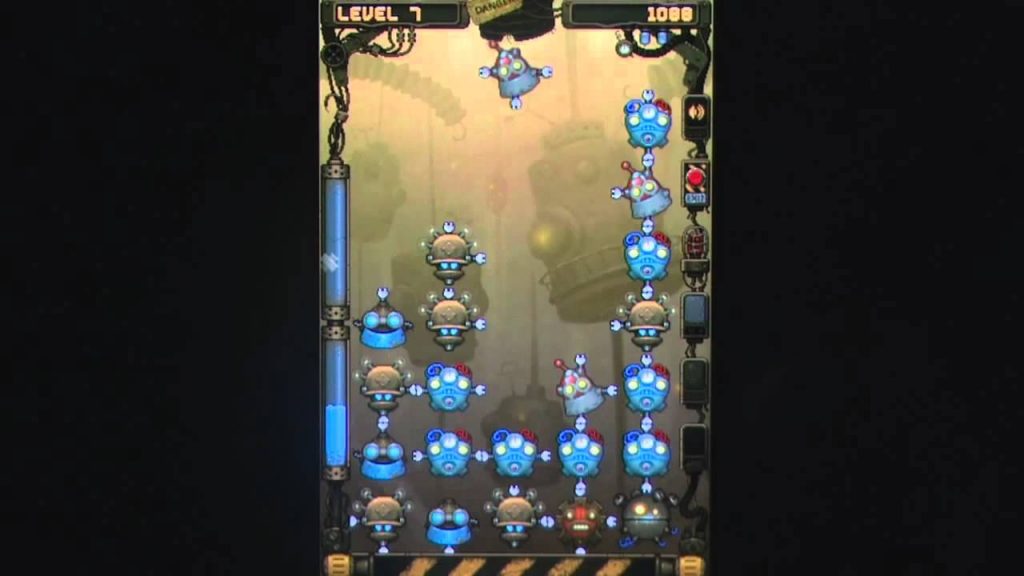 It all seems easy in a Tetris sense, but the pieces that fall in RoboSockets fall as-is. No rotation, no flipping; all you can do with the robots is move them right, left, and quickly down. Like any good block drop game made after 1985, RoboSockets also arms you with an arsenal of side abilities (such as the wonderful ability to clear off the random bot with no arms) and does a good job of dropping random objects onto the playing field. The mix of randomized objects is pretty good too, tossing you such objects as a column busting mega drill and, my personal favorite, a little bot that pushes the blocks next to it to the side (and off the screen).

What really separates RoboSockets from the majority of the block drop/ match 3 (5?) pool is that it really does a good job of pushing out a nice presentation. There is a simple story of a planet of robots trying to repair their deactivated land, but the pervasive robot theme (complete with hydraulic crushers that smash away the pause/loading screens) really works. The graphics are also fairly nice, though not fantastically amazing, with fun looking robots and detailed backgrounds and animations in every level. I would’ve liked to have seen some high quality (or any) cutscenes to flush out the story further, but the simple level explanations drive the game along just fine.

While not for everyone, RoboSockets is definitely one of the more interesting falling block games that I’ve seen in a while. Its strong mix of innovative gameplay and robot presentation really work for the genre… a genre that is typically synonymous with being quite drab. If you are a fan of the genre, or are just looking for a quick game to pass the time during your morning commute, I definitely recommend snagging RoboSockets.