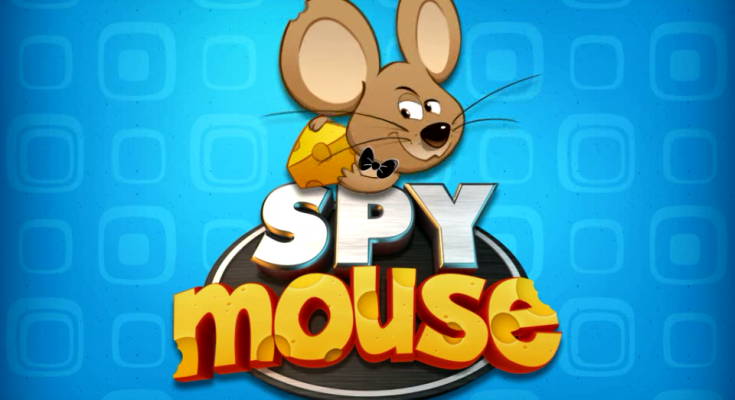 Spy Mouse has been making headlines for a while now, most recently thanks to its dubious name change from the rather more memorable Agent Squeak.

The buzz was well-justified. Spy Mouse – Firemint’s first game since being acquired by EA – takes the line-drawing mechanic the studio popularised with Flight Control and adds a dash of stealth to create a something special.

It’s likely the similarities between Spy Mouse and Hiive’s hidden gem Creatures & Castles will go unnoticed by many, but for anyone who has played both titles the likeness is inescapable.

Both titles focus on the art of forward-planning at short notice. In Spy Mouse, the aim is to guide Agent Squeak to various pieces of cheese dotted around the maps before hurrying him off to an exit, all without perishing at the claws of the various cats that patrol the stages.

Plotting a path is simple enough: all you need do is draw out a route with your finger for Squeak to follow.

Indeed, he won’t even wait for you to stop – as soon as you begin to trace out your course, off he goes, picking up any milky goods if in range. 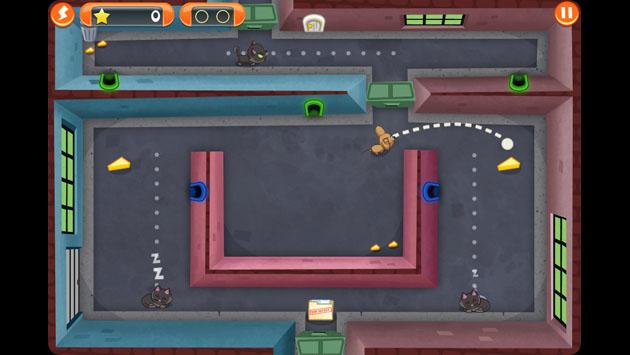 All this will seem especially familiar to Creatures & Castles fans: replace cheese with treasure and cats with mediaeval guards and you have the foundations of the same game, right down to the line-drawing.

Where Firemint distinguishes itself is in the way Spy Mouse goes on to expand this approach.

Levels soon start to get infinitely more complex – not just thanks to the number of cats on patrol (their own routes handily sketched out on the floor for you) and the design of the levels themselves, but also to the way your foe attacks and the methods you can employ to slip from their clutches.

The game’s moggies are incredibly reactive, and will often dash straight after you upon first sight. This means you can lay a trick or two to outfox them, running one way before scampering off another, causing the enemy to plough straight into a wall or lose your trace entirely.

Toy mice are also a handy tool, allowing you to retrieve cheese from traps without snapping your neck. They’re also prime evidence of the way Spy Mouse constantly tempts you towards danger, too.

Whether it’s attempting to race round the entire level without lifting your finger (a trick that earns you a bonus at the end of each stage, if pulled off) or bowing to the urge to stray off the main thread to pick up additional cheese crumbs that open up whole new bonus levels, Spy Mouse urges you to break form, test your limits, and ultimately experience the game at its fullest.

It’s the addition of tricks such as these that builds Spy Mouse into something special.

On paper, Firemint has created a game that should be entirely unremarkable.

But Spy Mouse layers its challenges superbly, fleshing out its premise into the kind of game that harks back to hits of old, with hidden areas, boss battles, and an enviable amount of time spent on presentation and delivery.
Source : pocketgamer.co.uk