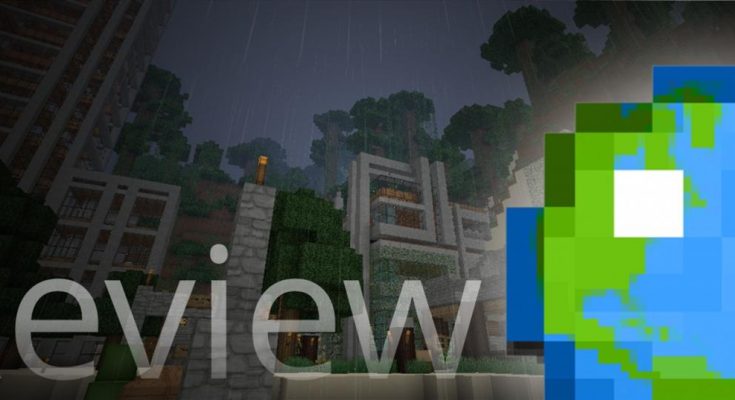 After conquering the PC with Minecraft, Swedish indie developer Mojang compacted the game’s creative and addictive gameplay into Minecraft—Pocket Edition for Android ($6.99). While hardcore Minecraft players might be impatient with Pocket Edition’s limitations, like the few kinds of blocks, it packs the soul of Minecraft into the body of a mobile device.

Like Minecraft, in Pocket Edition players are dropped into a landscape made of different kinds of cubes. Players “mine” these cubes, which can in turn be used to “craft” buildings and items—hence the name.

Pocket Edition comes with two modes: creative and survival. In creative mode, players can fly around the game world and build using an infinite supply of materials. The core gameplay is in survival mode, where daytime is for building above ground (stacking blocks to make castles, bridges, etc.), and night brings monsters who attack players and destroy their creations. There’s no story, and the only advantage you have in a hostile environment is creativity.

First Impressions
For a longtime player of Minecraft, some aspects of Pocket Edition breathe new life into the game. Jumping into combat against a squad of skeletons in the dead of night and frantically tapping the screen feels thrilling and dangerous. When building my first home, I didn’t want to put the game down.

Pocket Edition looks great (in its own, blocky way) on mobile devices and the controls are extremely responsive. Even with 15 other apps running in the background and the game’s graphics set to “fancy,” I only noticed the slightest stutters as I skimmed over the digital landscape in creative mode. Though I did notice my Samsung Galaxy S III became noticeably warmer, even through the touchscreen. Survival, which has AI monsters, had a few laggy moments but nothing that interrupted gameplay.

Annoyingly, during periods of darkness in-game the grease spots on the screen become especially noticeable. This is gross, but worse it makes the screen even harder to see.

Getting Around
Pocket Edition has a highly mobile control scheme with directional arrows and a jump button at the center. Tapping and holding the forward button pulls up left and right strafe buttons on either side, which you can tilt or slide your thumb toward. This is a welcome addition in version 0.6.1, and lets you move in a much more dynamic way. It’s also easier to circle attacking enemies during combat.

Purists can also opt to “split controls” in the options menu, which restores the center-screen reticle and mouse-like functionality. It feels like awkwardly playing an emulation of a PC game without a mouse, and I found the default touch controls to be better.

Creative mode has a slightly different interface, giving players access to a palette containing every block in the game. Players can also fly, which was awkward in previous versions but greatly improved as of 0.6.1 One of Pocket Edition’s greatest strengths is its seamless multiplayer capabilities, provided all the players are on the same Wi-Fi network. Players can jump in and out of any other player’s world, making it easy to pick up and start playing with friends. However, it does lack ban commands. If you’re concerned about griefing, be sure to keep your Pocket Edition world hidden.