’ll admit I have mixed feelings about Adventure of Terapets: The Crazy Scientist. And not all of them involve that title. On the one hand it’s a surprisingly adept attempt to recreate some of the more successful monster catching RPGs out there. On the other hand it’s tied to a freemium model and is more than a little rough in places. As with many on-the-fence games, a player’s enjoyment will vary based on personal preference but I think it’s safe to say that most will enjoy this particular offering so long as they’re willing to overlook a few flaws.

Adventure of Terapets is meant to be a sequel of sorts to the original and includes more of just about everything. More zones, more Terapet types, more attacks, and up to 305 critters to capture and train. After setting up a character players are tossed right into the proceedings; selecting a starting creature then going through some rigorous training (read: fighting other trainers) until they can strike out on their own, ocarina in-hand. The ocarina is important because it’s what allows players to capture weakened Terapets by way of a musical mini-game. It’s a bit of a logistical stretch, I know, but it’s an extra layer of activity that keeps things from becoming excessively dull.

Adventure of Terapets has a great many features to offer, many of which aren’t typically seen in games like this all at once. These include evolutions, learning new attacks while replacing old ones, customizing a creature’s color palette, and equipping special items to enhance abilities to name a few, and it’s a list that’s bound to please genre fans. The freemium model has also been handled fairly well, with Terapets requiring real time or the use of special currencies to heal. The same special money can be used to change a Terapet’s color. The great thing about this model is that nothing really requires spending real money, so long as players are patient. 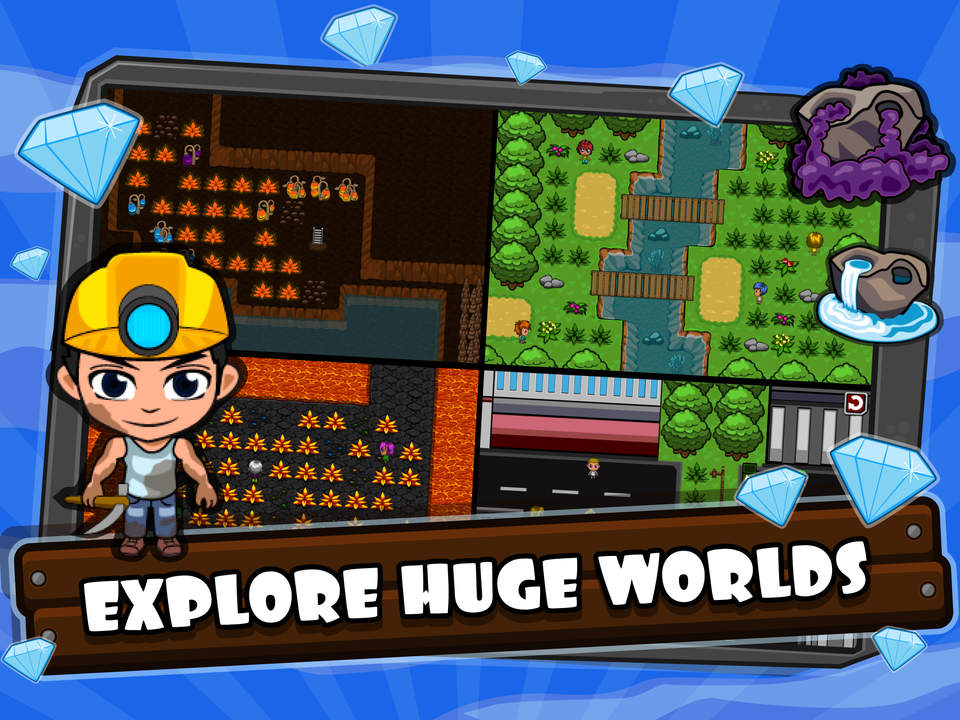 The flip-side to all this is that Adventure of Terapets is very rough in places. Character movement with the (admittedly convenient) tap anywhere virtual stick is incredibly stiff. Battle Transitions are rather unseemly. Not all of the important information is communicated clearly from the start (I wasted almost a whole day waiting before realizing I had to manually trigger the healing process). And on more than one occasion the game crashed on me right before a fight.

Even so, Adventure of Terapets manages to impress in its own subtle way. Despite the lack of polish it does give players quite a few features and mechanics to play with, and it has a robust bestiary. I still needs some refinement but it’s worth a look for genre fans.