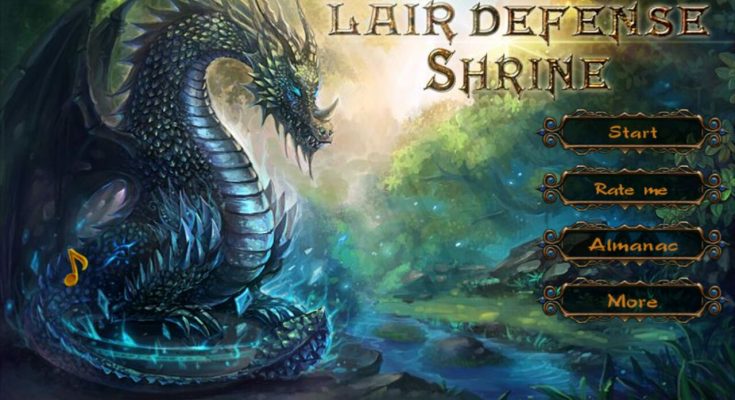 716
0
The game Lair Defense: Shrine you have to defend a cozy space dragons from greedy people who want to subjugate this magical world. We will have to take control of a small army of dragons, and based on the tactics and strategy of defending the lair. The game is distributed free of charge with a built adware.
All in the game six large maps, the so-called dragon shelters that we will defend. Each map is available on 6 levels, which differ in complexity and number of waves.

Of course, a great variety of games to please Dragons can not, like its counterpart, Defense Radiant . But here is an interesting system throughput skills and magic skills. Some levels without the magic will be very difficult to pass, so try to always use magical skills and do not save them.
The enemies in the game is simple, in addition to ordinary peasants and more powerful knights against you will be performing magicians, priests and thieves. All these units are not only stronger from level to level, but also have all sorts of protective powers under which to adapt.
In Lair Defense: Shrine can not be arbitrarily build towers. But there is an interesting tactical element – the so-called top placement that give bonuses to range attack, if they put the dragon. And here it is necessary to think carefully who put there in order to successfully complete the level. All towers can be pumped into several levels of this skill with a special resource – the meat, which is collected from the dead invaders.

Lair Defense: Shrine – this is a very good strategy game Tower Defense for Android, with nice graphics and entertaining gameplay. The game is built banner ad, but it does not mesh. Also, for real money, you can buy gold and bleed all the skills, but without cash infusions game takes place at a reasonable level of complexity.