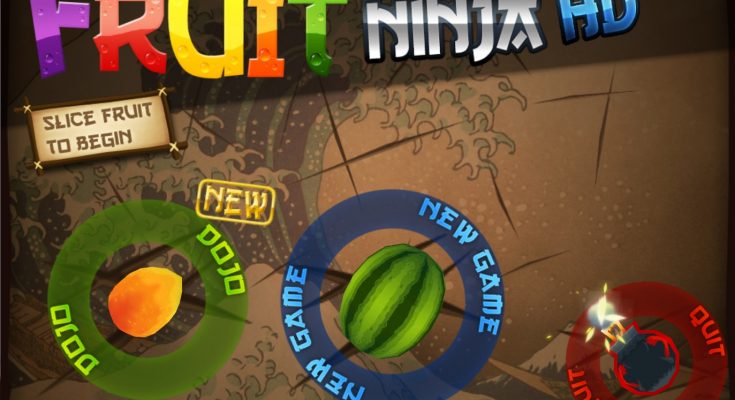 Fruit Ninja is a game so simple that it can be summed up in two words: chop fruit. Against a wooden backdrop, various kinds of fruit (and the occasional bomb) are tossed into the air. All you have to do is slide your finger across the screen to slice the fruit in half before it falls out of view. Three strikes and you’re out. Hit a bomb and you’re out. That’s it.

The more fruit you slice, the longer you stay around. The longer you survive, the higher your score. It’s a simple game that benefits from its simplicity. If you play it for 10 seconds, then you’ll know everything there is to know about Fruit Ninja. You’ll know it’s fun, and you’ll know you want to keep playing. 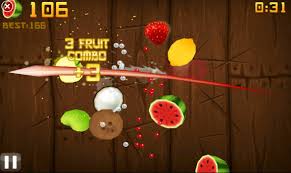 After accepting the game’s limited scope, our only complaint is that there’s no way to hike up the difficulty early on. As is, pro players will be bored for the first minute or so as the fruit-tossing kicks into gear. But that’s certainly not the end of the world. The OpenFeint leaderboards and accurate slice recognition more than make up for this shortcoming.

Even a simple game like this can pack in a few flourishes. Fruit makes a whooshing sound when it’s tossed up, and bombs emit a hiss, which gives just enough warning to keep players on their toes. Each type of fruit makes a different sound when cut (thud, thwack, squish), and the whole time in the background you’ll hear birds chirping and surf lapping at a beach. It almost makes you wish you could stay there forever.

So grab this game next time you’re waiting in line for something. We can assure you, it’ll slice the time in half.