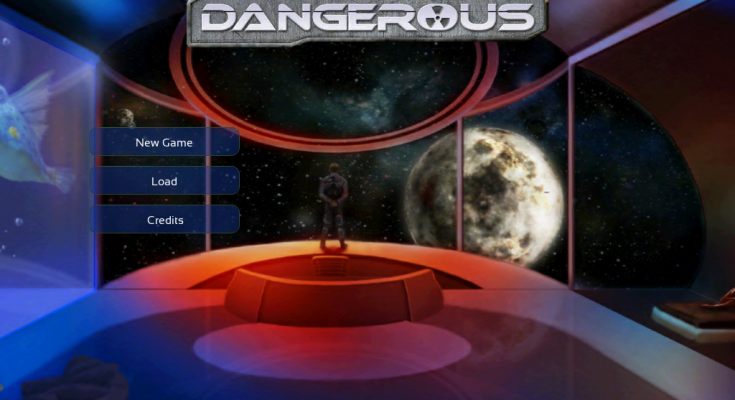 Dangerous has just received a significant update that’s drastically altered the UI, and in turn the issues I’ve had with it. In short, the screen is much less cluttered and the menus are much easier to navigate. There are still problems with the text being way too small in places, and the galaxy map is super-cramped and cluttered, but this is still a vast improvement. So much so that I’ve made a big adjustment to the Interface score. A new system of class selection in involving skill specialization has also been added, but it’s nowhere near as significant to one’s enjoyment as this UI fix. Now it’s a game that any and all space adventure lovers have to try.

This kind of stuff is why I love iOS gaming.

Dangerous might not look like all that much on the surface. Especially when compared to the competition. But looks aren’t everything. And to dismiss Dangerous based on pure aesthetics would be folly, because it’s the deepest most content-laden space adventure available on iOS. Bar none.

It all starts with some kind of obscure catastrophe. One involving a man who may or may not have been responsible for the destruction of an entire planet. Robbed of his name and sentenced to a hellish eternity in cryo-stasis, the titular (anti)hero wakes up a century later to find that he may play a significant role in the fate of the universe. Heavy stuff. After a tutorial that covers the basics, players are tossed out on their own. Hunt pirates, mine, trade commodities, run errands, pillage trade vessels or any combination thereof, how they progress is entirely up to them.

I can’t stress enough just how open the options are in Dangerous. A good deal of it can be done in other games, but there’s more to it than that. Wingmen can be hired and commanded, auxiliary pilots can also join the team and actually be assigned to many of those menial tasks people tend to avoid. Namely they can ferry goods between stations, mine for ore and so on. Navigation and combat can be handled via direct control, various autopilot buttons or a combination of the two. The entire experience can be likened to a single-player Eve Online for the iPhone, minus the real-time skill training and monthly subscription fees. 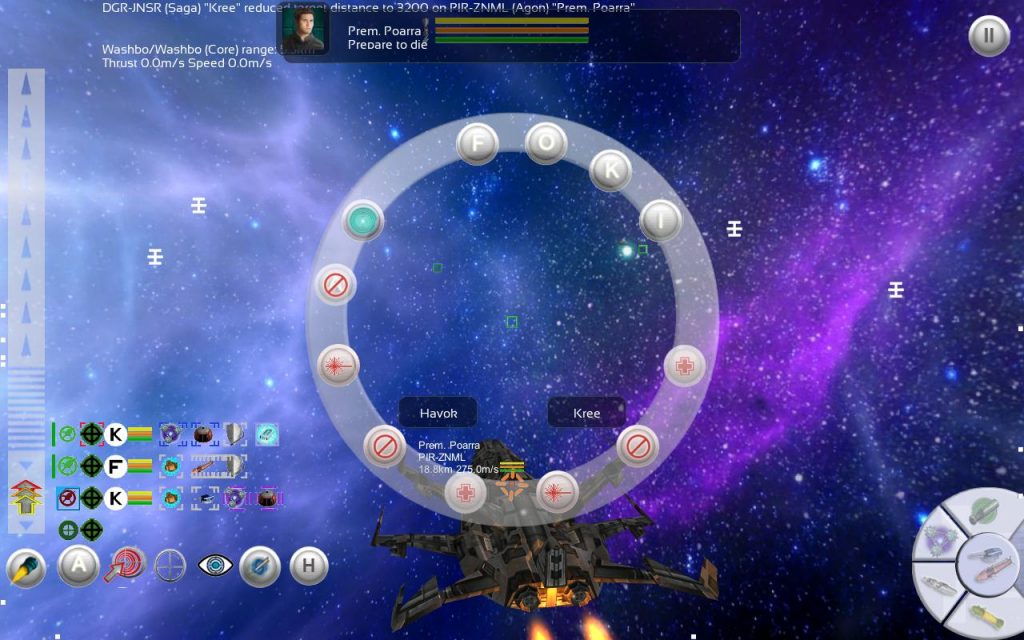 The problem with all of this, and it’s a doozy, is that it’s all buried underneath what might possibly be the most cluttered UI I’ve ever encountered. The text for menus is too small (sometimes even cut off horizontally). Roughly 75% of the screen is obscured by icons and text most of the time (much more than in those screens). Quest goals are obscure, both literally from the tiny text and figuratively from the hard-to-decipher instructions. Random quests, which are a nice idea, tend to get annoying thanks to the constant pop-up notifications. Seriously, the amount of clutter on the screen is borderline hilarious. I can’t help but think that some context-sensitive buttons and a way to significantly cut back on the amount of displayed information would make a huge difference.

I mean it when I say that Dangerous is the most in-depth space adventure/simulation on the App Store. It’s just got a major caveat. It’s hard for me to fully commit to recommending it in its current state. While it’s an incredibly deep and rewarding game, there’s an enormous barrier for entry. And even after learning most of the ins-and-outs it can still be a rough road. Still, it shows an incredible amount of promise. With an update or two it could be a real gem.