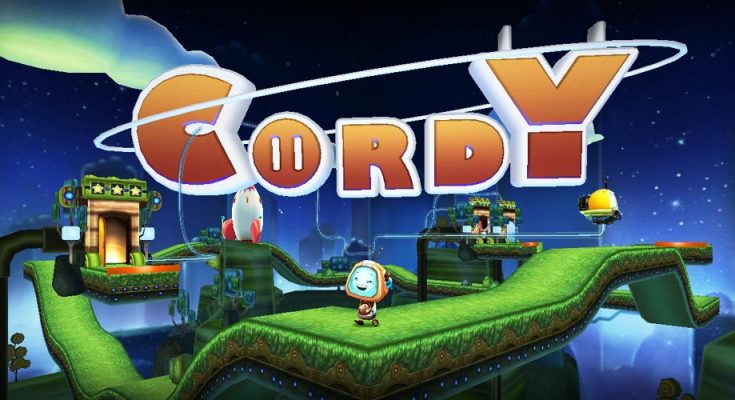 When Silver Tree Media’s Cordy [Free] was released for Android a couple months ago, it got some good buzz based on its visuals alone. Now it’s finally on iOS, coming in two flavors via in-app purchase: a universal HD version for $4.99 or a standard SD version for $1.99. Cordy is a 2.5D platformer with a lot of charm, and even if the gameplay doesn’t offer up too many new ideas, the artistic design alone is well worth taking a look at.

While a quick glance at Cordy is going to bring to mind two console games, Little Big Planet and iomillo, the gameplay is far more rooted in the likes of Sonic the Hedgehog. You control Cordy with left, right and jump buttons as you attempt to gather a set number of batteries to complete a stage. The physics of Cordy’s jump are a bit off, feeling both floaty and uncontrollable at the same, so it’s a good thing the game doesn’t try to incorporate any precision sections and instead lets you just hop around clumsily.

You’ll also eventually get an additional button that serves as an all-purpose context sensitive control. Here you’ll be moving blocks, swinging across caverns and controlling other tricks. The free version of the game comes with only four levels, but you’ll unlock a total of 27 with the in-app purchase. There are also plenty of other egregiously priced IAP’s, including color options and various hats. 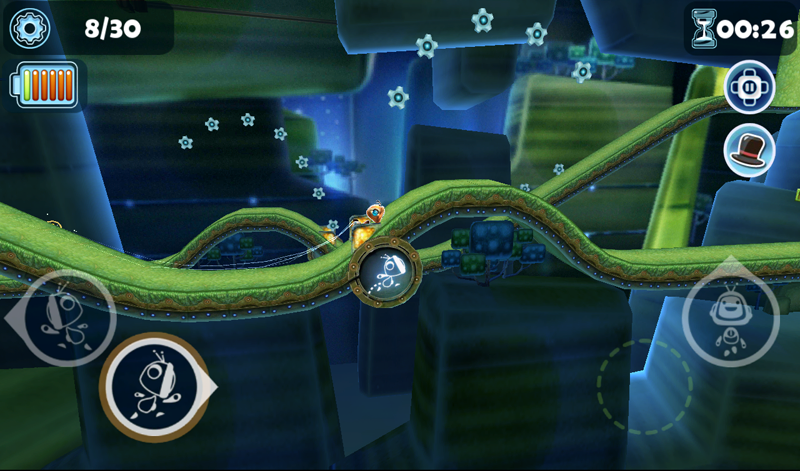 The levels are diversified based more on the gameplay gimmick of each section than a visual style. Between the four different worlds, each comes packed with a different trick up its sleeve. For the most part, it’s a series of retro styled activities – move a box here to get there, jump on a spring to get there, put an object in a thing to unlock a thing. That’s not a bad thing, but if you’re looking for innovation and environmental diversity, Cordy’s not interested in either.

What it does do well is combine the speed-sensitive gameplay of Sonic the Hedgehog and light puzzle elements into one. Since Cordy’s running gains momentum, you’ll find yourself cruising up and down little hills to time a jump at the right moment to get the most distance. The same goes for the springboard sections, which feel like they’re pulled straight out of the blue hedgehog’s playbook. As far as puzzling is concerned, the game keeps it lightweight and exploration based. You have to find all of the batteries to finish the level and to do so you’ll need to dig into the environment to root them all out. In this instance, it would be nice to have some type of map or objective system in place. It’s rare you’ll need to backtrack because you miss one, but it does happen and can cause occasionally force you to restart a level.

For the collectable freaks, there is a three-star system in place based on several different goals for each level. There’s a star earned each for completing a level in time, one for collecting a set of gears, and one just for finishing the level. You can go back to get each star any time you want, which is basically required as it’s next to impossible to get all three in a single run.