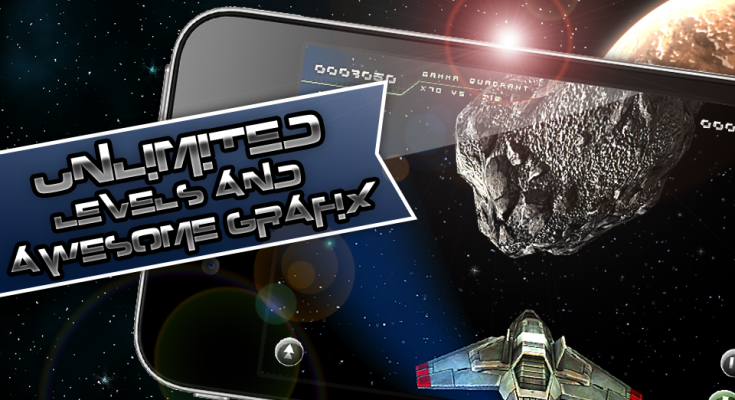 Some games take a while to get used to, but more often than not they’re all the richer for that. It’s sort of like wine. They need that time to breathe, so that they taste that little bit sweeter once everything clicks. Asteroid 2012 almost fits into that category, but it falls short in a few key areas.

The game is a simple 3D space shooter that sees you utilising the accelerometer in your phone to control a pretty decent looking spaceship. Your task is to shoot asteroids, avoid the attentions of other spaceships and generally survive in the grim darkness of the remarkably close, yet technologically superlative future.

At first, you’ll think the tilt controls just don’t work. You’ll wave your phone around and your spaceship will explode and you’ll get angry and swear and go to bed without any supper. If you persevere though, you’ll realize that the controls are far subtler than in most other titles, requiring only the slightest of movements for the desired effect. 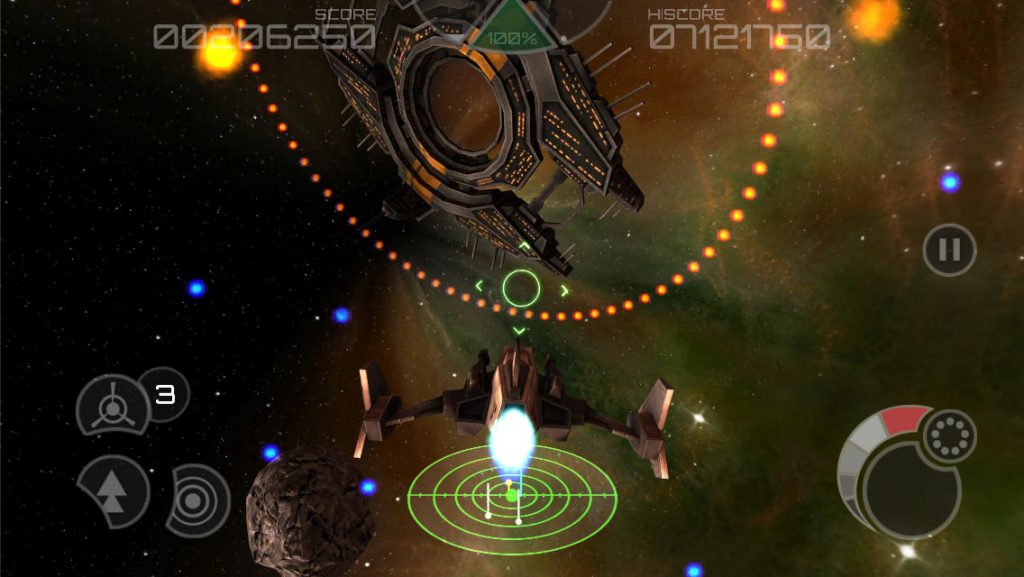 Once that’s settled in your mind, you’ll find yourself having some fun with Asteroid 2012. It moves at a different, calmer pace than most other games, and there’s no real way of telling if you’re doing things right or wrong. Then another spaceship will turn up, kill you and you’ll get frustrated and stop playing.

Sometimes, Asteroid 2012 feels more like a tech demo than a complete game. It’s fun in small doses, but after too brief a time, it becomes a bit of a chore. There’s obviously a lot of talent and time gone into making the game, but not enough of that time has gone into making it fun. With a few tweaks and a clearer objective, Asteroid 2012 could be a very impressive little app. As it is, it’s just a little too lacking in those key areas.