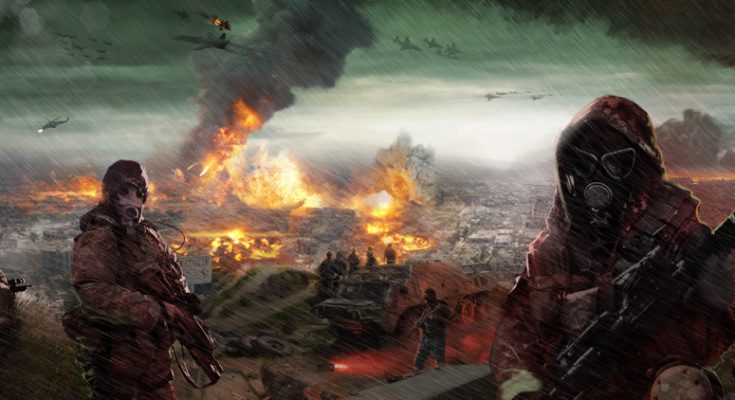 Nothing sums up Modern Combat 3: Fallen Nation’s single-player campaign as perfectly as the inevitable AC-130 mission.

In it, you act as gunner for the huge battle-plane, pummelling the ground with a variety of overly-powered ordnance while your fellow soldiers dash about on the ground.

But, whereas Modern Warfare 2 on consoles (the game MC3 desperately wants to be) presented this section as an uncomfortable juxtaposition of human banter and cold, detached killing (an effect that was far more memorable and striking in my mind than ‘that’ scene in the airport), Modern Combat 3 hands you a simple duck hunt.

This lack of maturity is one of many issues with MC3, but in terms of sheer balls-to-the-wall action there isn’t much else out there right now on mobiles that delivers as much explosive, choreographed fun as Gameloft Montreal’s effort. 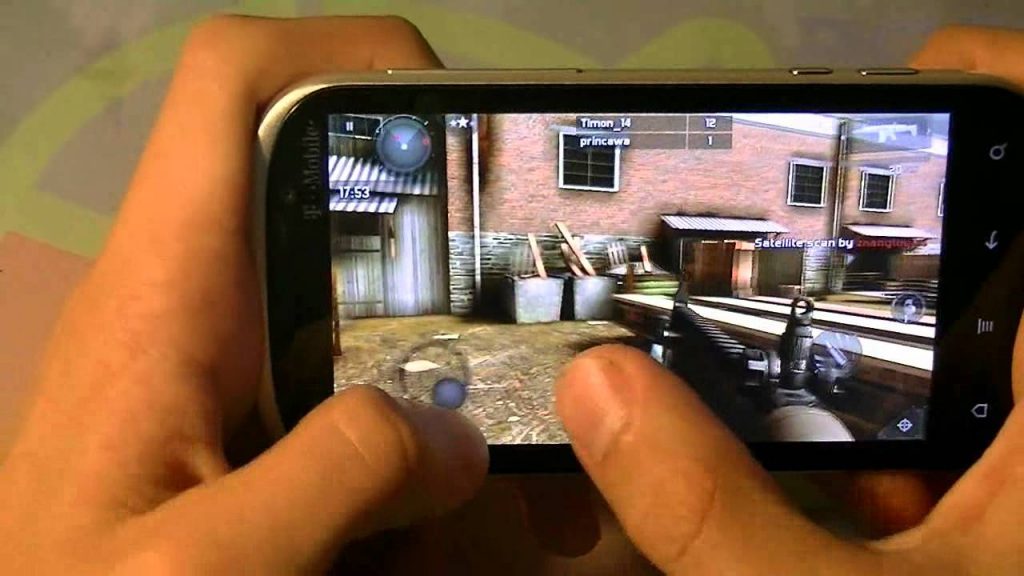 Do what you’re told

Picking up from the end of Modern Combat 2, MC3 sees the war being fought primarily on American soil.

In a very long nod to (and then a quick mugging of) Homefront’s premise, you have to fight back the People’s Republic of Korea across skyscrapers, suburbs, Alaskan villages, and more in order to seize back the ‘fallen nation’ of the title.

Controls are the same as in the last outing, which is to say they’re probably the most reasonable stab at touchscreen FPS controls to date, with a virtual joystick to one side of the screen, and buttons like ‘crouch’, ‘run’, ‘fire’, and ‘throw grenades’ arrayed around the edges.

It’s still a slightly awkward affair thanks to the inherent properties of the touchscreen, but it’s a more manageable shooter than most thanks to the fact that you can fully customise the position and size of each button from the options menu.

In terms of single-player, MC3 gets far closer to Call of Duty than previous effords, thanks to what feels like an almost relentless series of set-pieces.

Buildings caving in on top of your character, tanks bursting through walls, and helicopters swooping to take you down are all present, and the game does a good job of stringing these together.

The enemy is still gormless, though – running to the same spots of cover time and time again – while Gameloft hasn’t done a particularly good job of hiding spawn points, either, meaning that far too often enemies will just ‘appear’ out of thin air (before rushing to the same point as their identical twins whom you just killed).

Getting killed through apparently solid cover isn’t fun, and the occasionally illogical maps (you can jump over this small wall, but this identical one here is impassible) seem designed to frustrate.

Then there are the unintentionally hilarious moments that keep cropping up, like when your AI companion keeps shouting the wrong squad name during the Alaskan levels, or when he ‘drags’ you to safety by slightly moving your arm. These give the game an unwelcome knock-off quality.

But while the single-player campaign is a conflicted effort – exciting when it’s taking bold sweeps, but slapdash in the details – the multiplayer is a fine attempt at recreating the thrills of a full-blown FPS.

With 100 XP levels, countless attachments, a huge array of equipment, and some genuinely entertaining game modes (just avoid the non-team-based ones if you don’t like spawn camping), it’s here where Modern Combat 3 really shines.

It’s a shame, then, that the servers appear to be so disorganised at launch. Despite playing for a good three hours over the past day, only one of my games’ results registered.

Matches also tend to last slightly too long to be comfortable on mobiles at the default setting, though you can change their duration in the menu.

As long as your expectations aren’t set too high, Modern Combat 3 is a fine addition to your iOS library.

No other mobile FPS can match it, and the already expansive multiplayer still delivers a relatively satisfying online experience (when the servers are working, that is).

However, it’s still a game of compromises. It still asks you to ignore the awful AI, clumsy level design, and awkward touchscreen controls because – well – it’s “a bit like having Call of Duty on your mobile”.