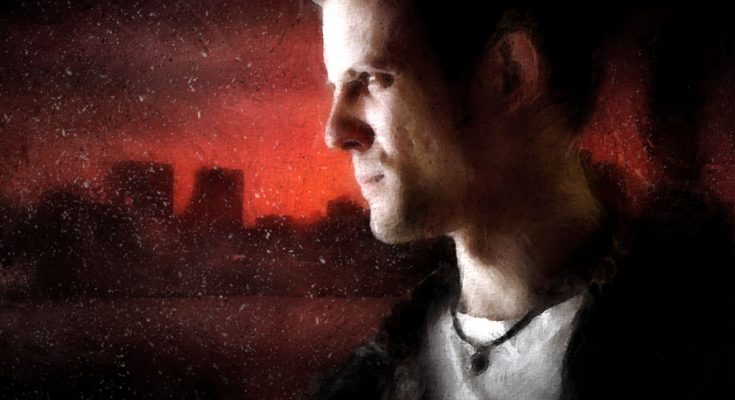 Max Payne for Android has finally arrived, marking the second classic Rockstar title to hit Android (GTA3 having been the first) officially. Let’s cut to the chase: for $3, there’s really no reason not to buy this game if you own a compatible tablet. Well, maybe if you just hate shooting things.

There are also quite a few compatible phones, though unless you’re using an Xperia Play or Galaxy Note, I can’t say I’d recommend spending the money. This was a game designed for 17″ monitors and full-size televisions back in 2001, and while it scales well to 10.1″, anything smaller than 5″ is probably going to be frustrating to work with (that’s what she said). The game was simply never meant to be played on a screen that small, and trying it on my One X, it shows. 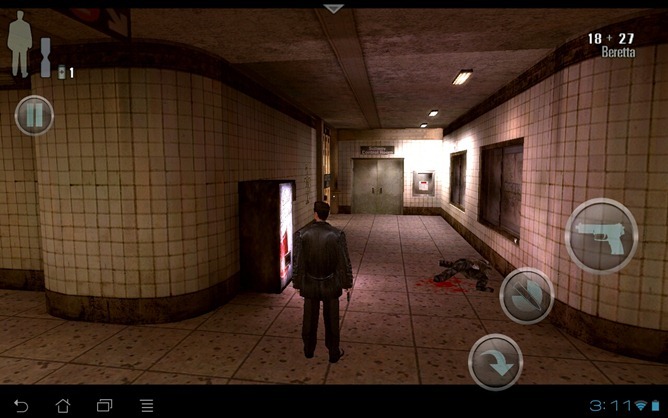 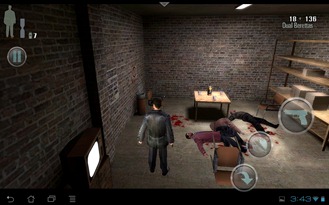 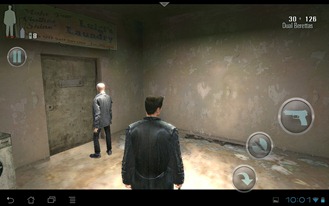 Max Payne changed a lot of that (much like Grand Theft Auto III did), because it took a bland genre and injected it with two critically important elements: story, and original gameplay mechanics.

Now, in the time of Call of Duty Modern War Machine Triple Deluxe Special Ops 2: Black Edition, we’re a bit spoiled when it comes to action titles. Something like Max Payne, compared to contemporary shooters, is hilariously archaic and simplistic on its face. But in 2001, this game really did change the way people thought about action games.

There is plenty of mindless shooting (as seems to be the case with any Rockstar title), but there are also puzzles (really, really simple ones), and one particular mechanic that has influenced gaming to this day: bullet time. Max Payne basically stole “bullet time” from The Matrix (which probably stole it from something else) – you press the Bullet Time button, and suddenly time in the game slows down to a crawl, giving you ample time to pick out individual baddies, bust a substantial number of caps in said baddies’ asses, and have a nice cup of coffee. Maybe not the last part. 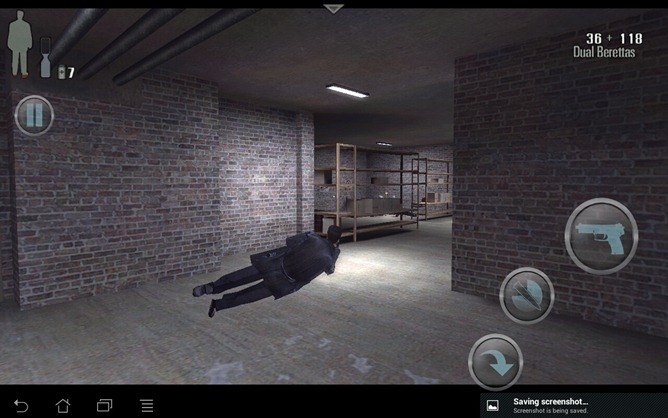 Anyway, you have a limited bullet time “power bar” (the amount of time it lasts varies by difficulty setting) that gets charged every time you kill an enemy. It’s endlessly entertaining and it’s basically half the reason the original release of the game received such critical acclaim.

Otherwise, Max Payne is a pretty generic third-person shooter – you have a standard health bar, a variety of weapons ranging from pistols, shotgun, and machine guns to molotov cocktails, rocket launchers, and crowbars. Combat mechanics are extremely simple (aim and click – all combat is relatively close-range).

One of the problems of converting the game to touch controls has been that is has necessarily lost what little complexity the original had in terms of combat. By default, “soft” auto-aim is enabled, which basically means you aim in a general direction and the game picks out and targets enemies for you. Turning auto-aim off results in the game being nearly unplayable (there is also a “hard” auto-aim setting, as well as “light”). 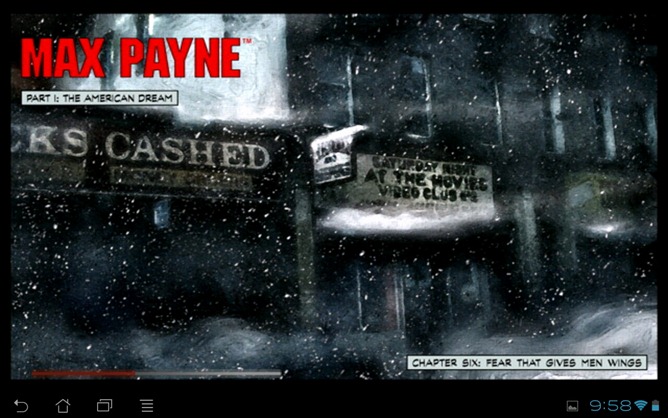 Unfortunately, Max Payne was just never meant to be played with touch controls, you’ll find it’s supremely easy to get through the game using soft auto-aim – too easy, in fact. Raising the difficulty doesn’t really do much aside from occasionally frustrate you more. The same goes for adjusting the auto-aim settings. The fact is that this game was designed for a mouse and keyboard, and even when translated to gamepads for Xbox and PS2, it just never felt quite right away from its native platform. Touch controls make strafing ridiculously hard, and honestly, the game just gets boring after a while with auto-aim. If you have a controller, the experience will likely be substantially better.

The second key ingredient in Max Payne’s success was undoubtedly its gritty pulp fiction storyline. The story is told through comic book panels and narration, and even if it is easy to blow through the game, the story at least keeps you interested. Compared to the kind of storylines we get in literally every other high-end mobile game (read: awful / non-existent), this is lightyears ahead of the competition. You get proper voice acting, a compelling tale, and a soundtrack that wasn’t mixed in 2 hours. 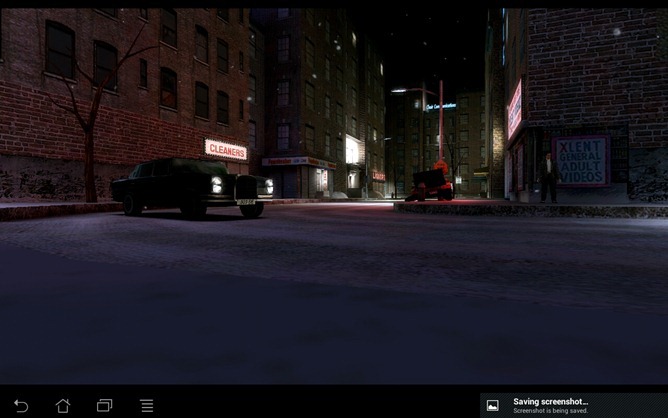 The game is of full, feature length for a title of its age (there’s around 1.4GB of additional data to download), so you definitely get a lot of story and content to go through for $3. A lot more, in fact, than most Android games costing twice (or more than twice) that amount. For a casual gamer, the game will probably take a couple of weeks of hour-long gaming sessions to get through. Then there are the secret cheats, special bonus level, and various difficulties to run through. I actually feel sad that some people will feel the need to pirate this game despite its ridiculously reasonable price.

In terms of graphics, you’re getting the full 2001 experience. Tegra 3 devices get some enhanced textures and lighting, but given the already aged polygons at play here, the difference isn’t huge. You don’t play this game for the visuals, you play it because it’s a classic. It ran buttery smooth on my Transformer Prime with everything in the video options maxed out, as well.

Should you buy it? If you have a (compatible) tablet, yes, probably. If you have a tablet and a gamepad, yes definitely. With a gamepad you can turn off or at least turn down the otherwise-necessary auto-aim, and the gameplay itself will also just be more rewarding. On touch controls, you can certainly get through it, but it’s going to be substantially less enjoyable. But for $3, there are literally hundreds of titles that cost more and that you’ll like way less on the Play Store than Max Payne. And if you don’t like it, let’s be real: you’re out the cost of a latte.