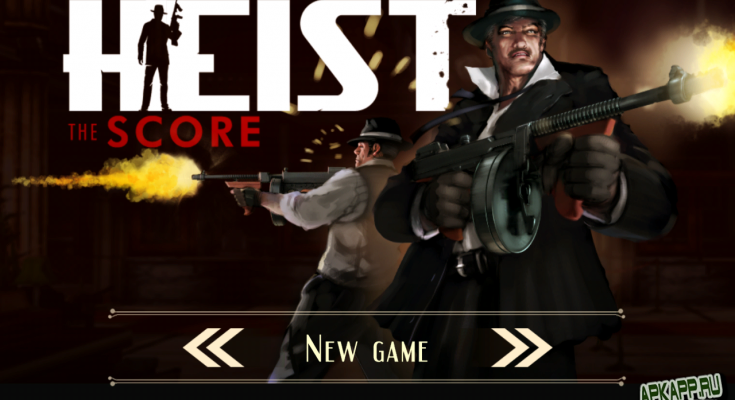 Look here, see? If you like talking out of the side of your mouth, cracking wise like a bad Bugsy Siegel impersonator, you’ll feel right at home with Heist: The Score, an iOS period piece of a game. The game looks and sounds authentic, from your Thompson machine gun to the plush interior of the bank you’re selected to help rob. But Heist also ends suddenly after a series of repetitive first-person shooter segments, leaving you with the impression that this big score was all for nothing.

As a concept, Heist (not to be confused with Inventive’s The Heist) works fairly well. With only a few exceptions, like Bulkypix’s Jazz: Trump’s Journey, there haven’t been a lot of iOS games that successfully replicate the feeling of a particular time and place from history. The tutorial of Heist finds you sitting in the back of a van, receiving last-minute instructions from your gang leader, Sal. Once you burst into the nearby bank with Sal and his lackey Giuseppe, you’ll feel like John Dillinger, or at least, an actor playing Dillinger. 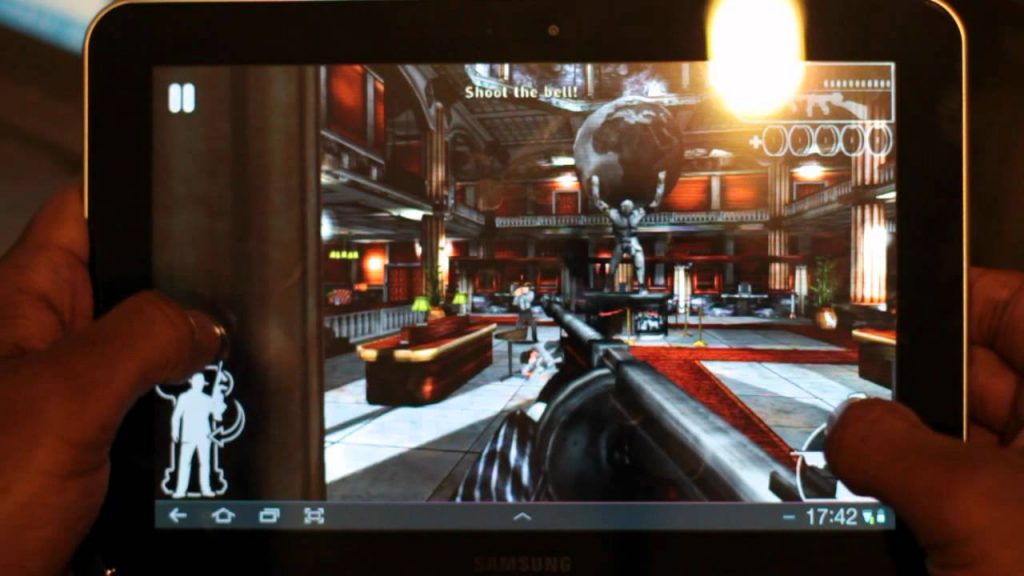 And then the shooting starts. You have to unload your Tommy gun into dozens of identical-looking policemen, a prospect that is as dull as it is disheartening. You’ll automatically move from location to location after each group of cops is wiped out. The odds are stacked in your favor despite the seemingly endless supply of cloned cops, because you can always duck behind cover to let your health recharge. There’s also no Time Crisis-style countdown clock to keep you moving, and your gun battles will stay stuck in place until you’re done.

Meanwhile, you have to do all the dirty work. Your AI companions, who talk a mean line about going in guns a-blazing, will stand by and let you rack up the murder charges left and right. Occasionally, you’ll even see them standing around during the firefight, holding their own guns like they were bowling trophies. They won’t spring into action until you finish clearing out each scene.

The shootouts continue through the bank, into the vault, where Sal and Giuseppe make off with a valuable (but mysterious) briefcase. There is one good plot twist, which helps break up the monotony of virtual cop-killing, but the game ends soon after with an unsatisfying thud. There are no high scores, no bonus rounds, and no resolution.

Heist: The Score wants to be the iOS equivalent of a movie like Public Enemies, but it’s more like a trailer. The game as it currently stands has a good beginning, but it lacks a substantial middle and end. Shooting scores of cops while your AI allies do nothing isn’t much fun, and the story doesn’t pay off enough to make it feel worthwhile. Heist: The Score looks slick, but take caution before letting these bandits make off with your dollar.