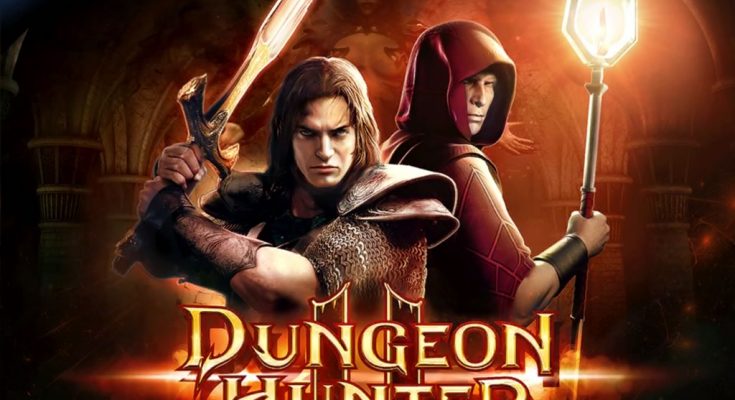 The first Dungeon Hunter managed to scratch a very particular itch, giving players a deep, Diablo-inspired, loot-heavy action-RPG that they could carry around in their pockets. The sequel is no different: It provides the same addictive gameplay coupled with stunning production values, and throws in a few new features as well. The world is larger, there are more character customization options, and you can even play the campaign co-op. Dungeon Hunter 2 is what a sequel should be: bigger and better.

The game takes place 25 years after the original, and you play as the son of the immortal king. At the beginning of the game, you find yourself locked in a dungeon inside of a swamp, only to be rescued by a priest. It turns out that your brother has not only taken control of the throne, but has turned to the dark arts as well. You head off in an attempt to talk reason into your sibling, only to find yourself caught up in something much bigger. The story in Dungeon Hunter 2 is surprisingly engaging, and is full of plenty of twists, turns, and deceptions.

The actual gameplay remains largely unchanged from the original. You view the world from an overhead perspective, traveling through different areas and laying waste to lots of enemies. It’s a quintessential hack ‘˜n slash RPG. You have one main attack, and you’ll gain access to various special attacks and abilities as well.

Fairies also make a return. You can equip one of these magical beings at a time, and each one provides a different ability centered around an element like earth, wind, or ice. You can even complete trials to make the fairies more powerful. 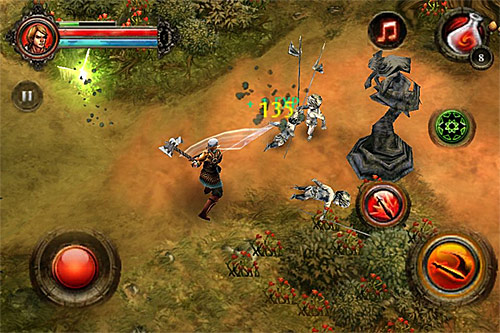 As with the original, you can choose one of three different classes to play as, each one with different strengths and weaknesses. Dungeon Hunter 2 takes it a step further, offering two different sub-classes for each class as well. So as you progress through the game, you’ll be able to refine your character even further.

For example, during our playthrough we started out as a warrior, before eventually specializing our character even further by becoming an offensively focused berserker. This adds yet another layer of customization for your character and more incentive to replay the game once you’re done.

The upgrade system remains unchanged, so you’ll still be earning both skill and talent points. Skill points are used to improve things like your strength and dexterity, while talent points can be used to add and improve special abilities. There are active abilities, which mostly take the form of special attacks, and passive abilities. Passive ones let you do things like speed up the rate at which your health replenishes, or increase the number of potions you can hold at once. If you played the original, both the combat and the character progression will feel very familiar. There’s simply more of it this time around.

At first, Dungeon Hunter 2 looks almost identical to its predecessor, but there are some subtle changes that make the sequel more impressive visually. In particular, the lighting and water effects are incredible. You’ll see light streaming in through stained glass windows as you explore Gothic castles, and light reflects off pools of water as you walk around dank swamps. It simply looks gorgeous. However, our one main gripe with the original is still intact, as occasionally bits of the environment will obscure your view. Every once in a while, you’ll find yourself being attacked by enemies you can’t even see.

You can also play the campaign co-op with anywhere from two to four players. This works via Bluetooth or local wireless, or online through Gameloft Live or Game Center. The co-op mode provides a largely similar experience when compared to the single-player game, except with an enhanced difficulty.

Dungeon Hunter 2 provides exactly what fans will be looking for: more. The campaign is longer, there’s more gear to equip, more skills to master, more replayability thanks to the additional classes, and you can even play online. It’s bigger and it’s better. And did we mention the loading times are much quicker this time around? There’s really no better Diablo-style experience on the iPhone.