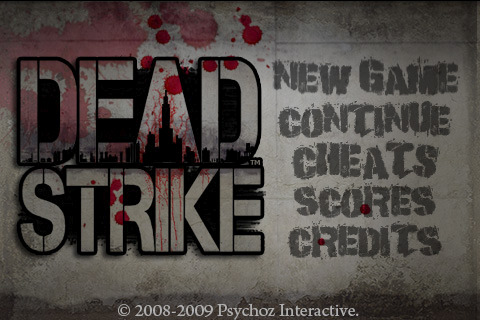 Warning! A dangerous virus has infected the Appstore and is spreading rapidly to iPhones and iPod Touches everywhere. But don’t panic, simply grab the closest weapon to hand – be it a gun, chain-saw, or flamethrower – and make your way in an orderly fashion to the nearest exit.

Set in the aftermath of a devastating epidemic which has turned most of the population into zombiefied goons, Psychoz Interactive’s ludicrously ambitious debut aims to deliver an epic console style survival horror experience on a platform starved of such full blooded thrills. But unfortunately (barely) misses its mark.

The game makes no bones about its inspirations – the plot has been cobbled together from Z-movie fodder, the mist shrouded city setting and unnerving atmosphere is pure Silent Hill, while the aggravating inability to run ‘n’ gun simultaneously is an ill advised nod to the Resident Evil series.

That said, Dead Strike can stand on its own two (decomposing) feet also. Being given the choice of four ragtag survivors, each with their own agenda, backstory, and set of skills is a nice touch. Also the 46 levels that take in a sprawling urban environment are each absolutely massive, sometimes replete with alternative routes. Furthermore there’s a formidable arsenal of weaponry at your fingertips: including the usual guns and knives, but also more unconventional munitions such as chainsaws and flame-throwers. 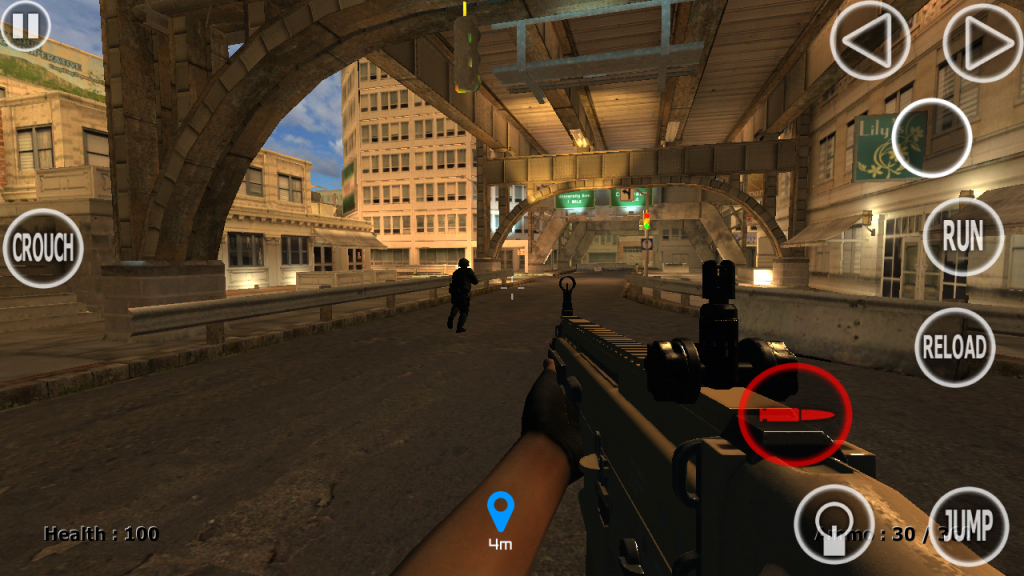 Where most games opt for the traditional, slowly lurching, dim-witted, Romero type zombies, Dead Strike shatters convention with 28 Days Later inspired enemies, quick on their feet and crazier than a bag of hammers. And when a crowd of these demented flesheaters come racing out of the fog, arms flailing wildly and screaming their heads off, the game is genuinely scary.

Yet far more terrifying are Dead Strike’s initially frustrating controls and inconsistent camera. While not necessarily deal breakers, these shortcomings do mar an otherwise excellent horror game. For example, when trying to make good your escape from attackers, your protagonist feels as if they are running through treacle and the camera pans wildly, sometimes losing sight of the action entirely.

Confusion is the order of the day in these situations and you’ll usually end up backed against a wall quickly becoming lunch for a pack of ravenous cannibals. Or not. Because rather than tear bloody chunks out of you or crack your skull on the pavement and drink your brains, these monsters prefer to slap their victims to death. And amid all the carnage, I must admit finding this feature inappropriately hilarious.

Once you get the hang of it though, Dead Strike can be fun. The, abeit cliched, storyline is strangely gripping, the gritty graphics and attention to detail (character models, lighting effects etc) are commendable, while the sheer size and length of the adventure is truly stunning.

Verdict: The foundations have been laid and with a few much needed updates Dead Strike has the potential to be the best bloody survival horror game in the Appstore.